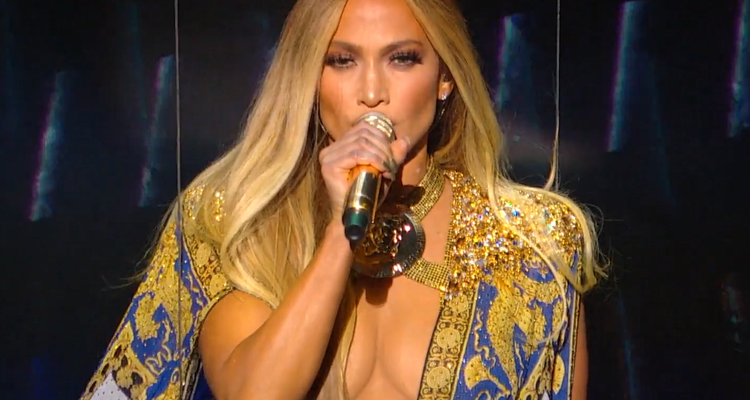 Jennifer Lopez was signed to Epic Records for years, including the period when Reid served as CEO and president of the Sony-owned label.  Reid exited his position as head of Epic Records following sexual harassment accusations in May 2017.  He later went on to launch the Hitco label in 2018.

Lopez was also signed with Universal Music Group’s Island Def Jam in 2010 when Reid served as CEO.  She also dropped her 2011 album LOVE? under his guidance.

The model/singer released six albums under Epic between 1999 and 2007.  Lopez returned to the label in 2016, signing a long-term singles contract.  Her song “Dinero” featured fellow Epic artist DJ Khaled, but failed to gain much traction.

Now J-Lo is all set to kick off her headlining tour, It’s My Party, at the Los Angeles venue the Forum. That tour starts on June 7th.

Hitco is distributed through Empire, which is an independent distributor.  She joins a roster that includes artists like Big Boi, Yella Beezy, Fifth Harmony’s Dinah Jane, and SAINT JHN.

Lopez’s new single with French Montana, called ‘Medicine,’ is the first hit of the new deal.  Hitco has not responded to requests for comments on the new deal.

J-Lo is set to appear alongside Cardi B and Constance Wu in the film Hustlers this September.  The film is set in New York City after the financial crisis, following the story of a crew of former strip club employees.  The girls set out to get revenge on their Wall Street clients for their role in plunging America into the Great Recession.

STXfilms is producing the film, alongside Lopez, Elaine Goldsmith-Thomas and Benny Medina.