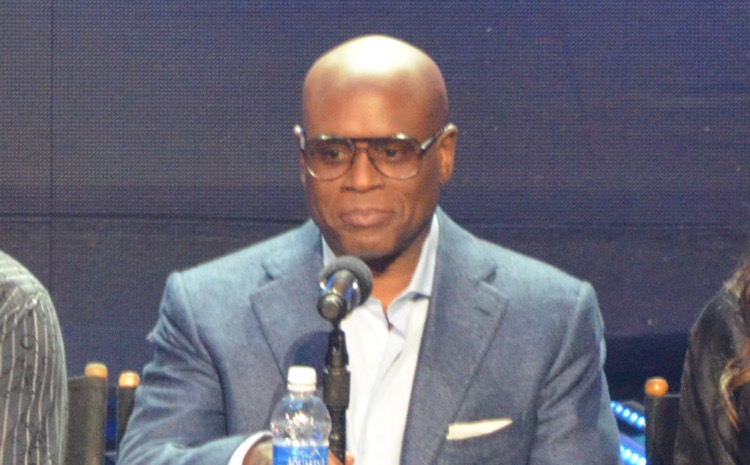 At present, Sony Music Entertainment has not released a statement on the matter.  Reid helmed Epic Records for roughly six years, starting in July of 2011.

The move is happening just one month after the arrival of Rob Stringer, who replaces longtime Sony Music Entertainment CEO Doug Morris.  The departure of Reid represents the first executive shift following Stringer’s arrival, and perhaps the beginning of broader changes.

The dapper Reid cut a high-profile during his Epic Records term.  A household name in the major label word for decades, Reid gained added notoriety as a judge on Simon Cowell’s ‘X Factor’.  That led to the signing of Fifth Harmony, though Reid may have curtailed his television career to better focus on label duties.

Separately, Reid is currently executive producer of the drama ‘Cotton Club’.  He’ll keep busy in that role after Epic, though TV may have ultimately been a distraction.

Reid’s notoriously heavy-spending habits may also be to blame, with habits rooted in 90s-era excess.

Indeed, major labels have been in decline for nearly two decades straight, with executives adapting (or dying) accordingly.  That stated, superstars (and their hits) are still worth a lot, and Reid certainly has a sharp instinct for winners.  During his tenure, Reid brought on superstars like Meghan Trainor, Future, Travi$ Scott, Fifth Harmony, and DJ Khaled.

He’s also adept at artist relationships, with Mariah Carey a longtime ally despite some rumors of recent rockiness.

In early 2016, Reid released his autobiography, Sing to Me: My Story of Making Music, Finding Magic, and Searching for Who’s Next.  Despite an extremely rough Reddit AMA, the book went on to become a New York Times bestseller.