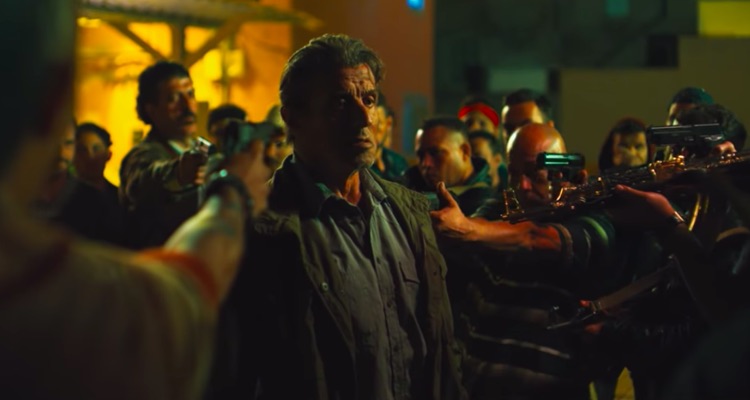 Normally this would be a problem— unless your name is Rambo.

Lil Nas X’s ‘Old Town Road’ is proving to be one unstoppable horse.

The track, rejected by Billboard for not qualifying as a country song, is now jumping into a major Hollywood film.  That film is Rambo: Last Blood, starring none other than Sylvester Stallone.

Earlier today, Lionsgate released a trailer for the film, which featured a cinematic version of ‘Old Town Road’ throughout.

Both Lil Nas X and Billy Ray Cyrus were singing on the Last Blood version, which has been seriously expanded into a cinematic soundtrack.  The evolution from eerie ambient song to trap remix to full-blown cinematic soundtrack is mind-blowing to say the least.

Exactly how integral the track will be in the actual film is unclear — though we’re guessing it’s a serious part of the Last Blood soundtrack.

That suggests that any copyright issues related to the song have already been resolved, with contributors growing the pie instead of fighting over it.  Just yesterday, it emerged that ‘Old Town Road’ was using an unlicensed sample, potentially opening the door to millions in copyright damages.

The infringed track was originally released by Nine Inch Nails’ Trent Reznor in 2008, though it looks like a deal was quietly arranged while the track took off.  Reznor currently enjoys a publishing credit on the song, though it’s unlikely that the song was cleared prior to the involvement of heavyweights like Sony Music Entertainment and Billy Ray Cyrus.