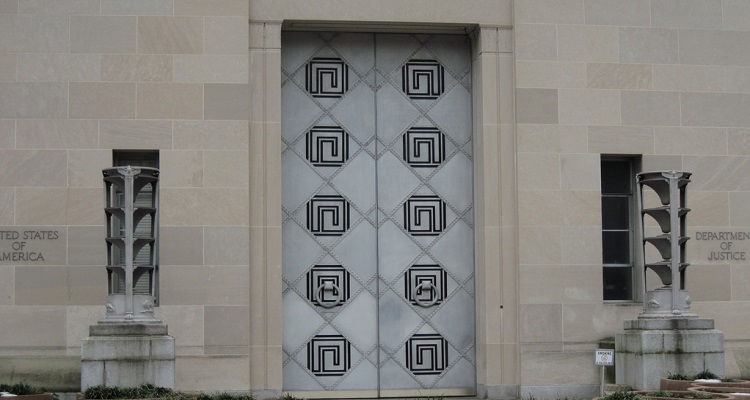 The DOJ is now taking a look at 1940s-era regulations that heavily restrict music publishers and songwriters.

The U.S. Department of Justice is now taking a formal look into consent decrees that dictate pricing and other practices for public performance organizations (PROs).  The decrees, enacted in the 1940s, were slapped onto performance rights societies ASCAP and BMI, and remain largely unchanged.

Both ASCAP and BMI are resolutely against the decrees, and have lobbied aggressively for decades to get rid of them.  The decrees have only been revised twice — once for BMI in 1994, and another time for ASCAP in 2001 — and neither have a termination date.

That’s little to show for endless lobbying, though now there’s a formal thawing in Washington.

“For more than seventy-five years, these decrees have governed the process by which these two organizations license rights to publicly perform musical works.  The purpose of the Division’s review is to determine whether the decrees should be maintained in their current form, modified, or terminated.”

That last part is critical.  While both ASCAP and BMI are hoping to outright eliminate the decrees, the DOJ is looking at a number of options.  As stated above, that includes modifying the rules instead of scrapping them entirely.

As part of its announcement, the DOJ has opened a period of public commenting.  The window to offer comments will last until July 10th.

The decrees were created to combat predatory pricing and discrimination by major music publishers at the time.

Leading up to 1941, when the first decree was enacted, publishers wielded enormous influence over the music industry and licensees of music.  That led to significant bad behavior, and the DOJ imposed the decrees to force both ASCAP and BMI to license their repertoires to any qualified licensee at reasonable rates.

Those rates, in turn, have been monitored and oftentimes determined by a government-created rate court, which stands to this day.

The decrees principally impacted US-based radio and television stations, concert venues, bars, restaurants, and retail establishments, all of whom need music to run their businesses (or at least to create the right atmosphere).  In the modern context, the rules also impact streaming services like Spotify and Apple Music.

In the intervening seventy-plus years since the decrees were enacted, the recording and live performance industries have overshadowed the publishing business, though publishers still retain critical intellectual property and power.  But it’s unclear if consent decrees are still required in the modern marketplace.

Currently, there are two US-based PROs that aren’t subject to the consent decrees: SESAC and GMR, the latter of which was created by manager and industry executive Irving Azoff.  A fifth society, PRO Music, has also recently joined the marketplace, and also isn’t subject to the age-old decrees.

Already, the market is shifting on its own, with songwriters and publishers obviously demanding alternatives beyond ASCAP and BMI.  Accordingly, the DOJ’s 1940s rules are growing crustier by the year.

The DOJ’s review is part of a broader examination of restrictive decrees across numerous other industries.

“The ASCAP and BMI decrees have been in existence in some form for over seventy-five years and have effectively regulated how musicians are compensated for the public performance of their musical creations,” said Makan Delrahim, Assistant Attorney General for the Antitrust Division.

“There have been many changes in the music industry during this time, and the needs of music creators and music users have continued to evolve. It is important for the Division to reassess periodically whether these decrees continue to serve the American consumer and whether they should be changed to achieve greater efficiency and enhance competition in light of innovations in the industry.”

Right on cue, both ASCAP and BMI publicly applauded the review — with implicit calls for the elimination of the decrees.

Just moments after the DOJ announced its intentions to review the decrees, BMI offered the following statement to Digital Music News:

“The DOJ’s long-anticipated review of the BMI and ASCAP consent decrees and call for public comment represent an opportunity to do what BMI has been advocating for years – modernize music licensing. BMI and ASCAP have already issued an open letter in which we share a proposed solution for the industry that will benefit music creators and licensees alike. We look forward to working with the DOJ, licensees and our other music partners to help ensure a smooth process that safeguards a vibrant future for music.”