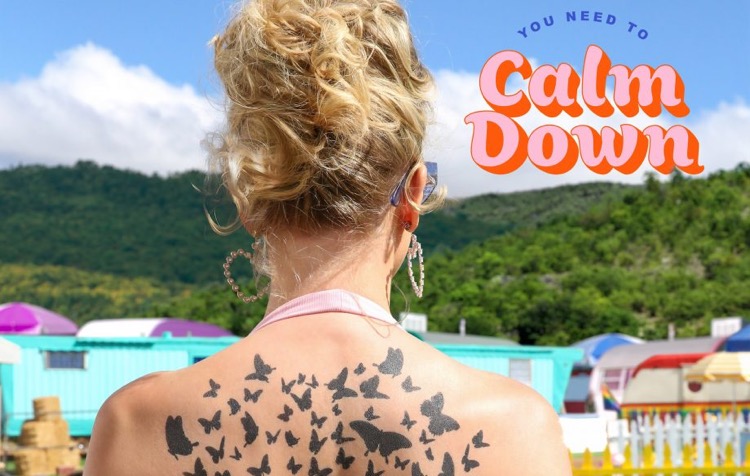 Taylor Swift’s new single “You Need To Calm Down” sparked a rise in donations to LGBT organization GLAAD, thanks to an explicit lyrical shout-out.

The new single appeared Friday at midnight.  It’s a catchy tune with some serious shade-throwing at homophobes and social media haters.

Swift has always been quick to call out her detractors in her songs, but now she’s throwing punches for the LGBT community. She urged her fellow Tennesseans to contact their state senators and demand the passage of the Equality Act, but now she has a message for all the haters.

Swift herself recently made a very generous donation to GLAAD in honor of Pride Month. She puts homophobic haters on blast several times throughout the single.

“You just need to take several seats and then try to restore the peace/
And control your urges to scream about all the people you hate/
‘Cause shade never made anybody less gay.”

GLAAD reported a quick jump in donations, with increases expected.  GLAAD started a Facebook fundraiser in celebration of the song’s release.

The iconic pop star shared the inspiration behind her new single in a video shared on Beats1.

“I’ve observed a lot of different people in our society who put so much energy and effort into negativity, and it made me feel like, ‘you need to just calm down,'” Swift stated.  “You’re stressing yourself out. This seems like it’s more about you than that you’re going off about.”

The actual music video for the song will drop on Monday during a Good Morning America show. Swift has promised that there will be plenty for fans to love. The new single is a part of her 18-track Lover album that will release on August 23rd.

Check out the lyrical music video for “You Need To Calm Down” below.