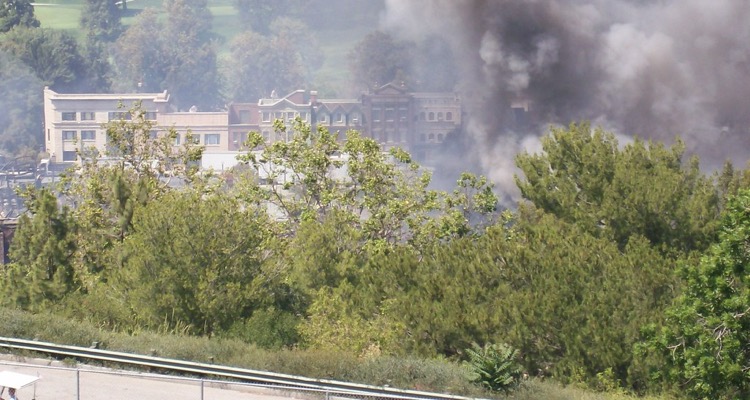 Universal Music Group now faces a $100 million lawsuit from a group that includes the estates of Tom Petty and Tupac Shakur, surviving members of Soundgarden, Hole, and Steve Earle, among others.

The litigation stems from a recent New York Times Magazine article detailing catastrophic losses of recorded masters in the 2008 Universal Studios fire.  The investigatory article estimated damages of roughly 500,000 recorded masters, many of which are irreplaceable.

The lawsuit, filed in U.S. District Court in Los Angeles today (Friday), alleges that Universal Music Group systematically and deceptively misled its artists about massive damages incurred in the fire.  Of course, it also blamed UMG for inadequately protecting and cataloging the masters in the first place.

In the complaint, damages are pegged at more than $100 million, based on partial information of what may have been lost.  Importantly, those lost masters likely carried serious market potential, especially for artists like Shakur and Petty.

The suit alleges that UMG breached its responsibilities to protect the irreplaceable masters, and to inform artists of any damages incurred.

Tom Whalley is listed as a litigant on behalf of the Afeni Shakur Trust, which oversees Tupac Shakur estate.  Jane Petty, Tom Petty’s ex-wife, is leading the suit for the deceased singer.

The suit seeks class action status, and is likely to first of multiple lawsuits.

Earlier, industry attorney Howard King indicated that a class action was unlikely, given the varied damages incurred by individual artists and their estates.  That makes this a potentially monstrous tangle of litigation ahead for UMG, especially if class action status isn’t granted by the court.

Another issue is that Universal Music received a sizable settlement from Universal Studios parent NBCUniversal in 2013.  The settlement, along with insurance claims, were estimated at $150 million in the complaint.  But none of that was shared back with the artists, according to the lawsuit, which demands equitable distribution of the settlement tranche.

Universal Music Group has adamantly denied that the damages are substantial, or even noteworthy.

But the label has also failed to disclose any details of the damage, while continuously trivializing its importance.  In the most recent round of comments, Vivendi CEO Arnaud de Puyfontaine called the growing controversy over the fire ‘just noise‘.

“It happened 11 years ago and the headlines are just noise,” de Puyfontaine dismissively told Variety earlier this week.

Universal also launched a serious counterattack against the New York Times.  A label representative pointed to “numerous inaccuracies, misleading statements, contradictions and fundamental misunderstandings of the scope of the incident and affected assets,” while UMG chairman Lucian Grainge also alleged that the report was grossly overstated.

It still remains unclear what was lost.  But even if the damages are overblown, as UMG alleges, sources to Digital Music News have pointed to a serious predicament for the label.  In the NBCUniversal litigation, UMG is believed to have inflated the damages to wrest a major settlement.  Now, the label is claiming the damages are minimal, which undoubtedly contradicts with information entered into formal legal complaints in 2009.

Universal Music  Group has not offered a statement on the lawsuit.