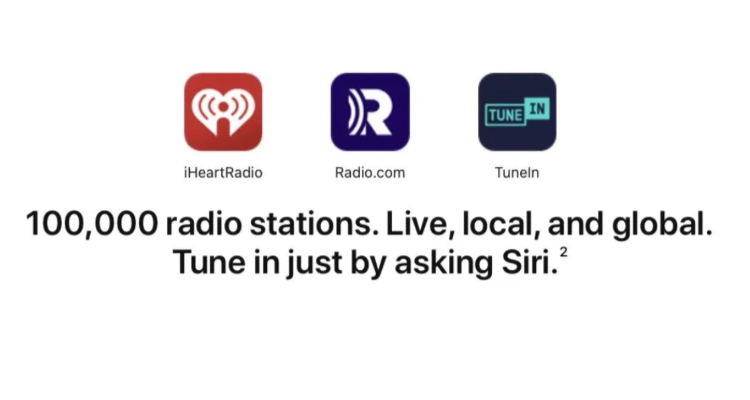 Apple has added support for over 100,000 live radio stations through its integration with TuneIn and iHeartRadio.

Apple first announced the upcoming integration at WWDC earlier this year. The live radio stations were billed as a fall iOS 13 feature, but support for Siri live radio currently works on the HomePod.  iPhones and iPads running the iOS 13 beta build also have access to live radio.

Apple’s goal is to offer hyper-local radio and a selection of great top stations for HomePod. One user reports that many German stations are available, suggesting that this may be a global rollout. Asking Siri to play a particular station will prompt her to return the service providing the station.

Radio playback is controllable using the Apple Music app. You can also search for stations by name in the Apple Music search tab. Stations appear in Apple Music’s Recently Played list, allowing them to be accessed quickly.

Among the features Apple is planning to launch this fall are several upgrades for the HomePod.

One of those is an easier music handoff between the iPhone and HomePod unit.  HomePod will also offer voice support for multiple users. Each user will receive contextually relevant music recommendations. HomePod can detect up to six different voice profiles when the update launches this fall.

Apple is still well behind Google and Amazon when it comes to natural language processing.  Google’s assistant feels the most natural at handling requests, but that’s an area Apple has been working to improve.