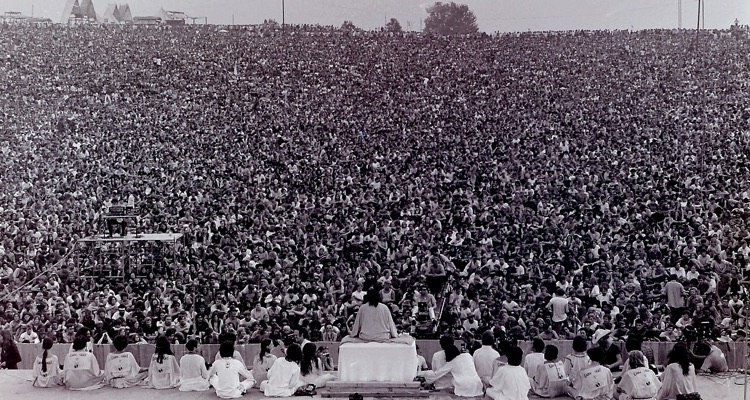 The first time, co-founder Michael Lang and his team filed an incomplete application on the late date of June 18th.

Among the pressing issues: How will they ensure residents’ and festivalgoers’ security?  Where will people park their vehicles in a small town with a population of barely over 5,400?  What will happen if concertgoers outnumber Vernon Downs’ maximum capacity of 35,000?

Organizers have estimated around 65,000 people will attend the event.

Woodstock 99, which Lang also organized, ended in a large-scale riot.  The event was marred by sexual assault – including violent rapes – looting, multiple injuries, and an unconfirmed number of deaths.  Not exactly what Vernon officials are hoping for.

Keep in mind that Woodstock 50 has also already paid top artists millions of dollars to perform at the still unconfirmed event.

Now, in full panic mode, the controversial event has received yet another rejection.

Writing about the rejection, the Poughkeepsie Journal noted that organizers finally submitted a safety plan the fourth time around.  Yet, an official called the plan “worthless.”

Detailing the reasons for the denial, Reay Walker, Officer of the Town of Vernon Code Enforcement, cited two core reasons – safety and capacity.

“[Organizers don’t] make any warranty as to the absolute accuracy or completeness of the information contained.

“This disclaimer of responsibility makes the plan worthless, as ‘The purpose of a Public Safety Plan,’ insofar as submitted to the Town Code Office, ‘is to make a representation to the permitting authority that the Public Safety Plan will be followed and that its estimates are accurate.'”

Lang and his team, for example, failed to explain how they’ll prevent people without tickets from entering Vernon Downs, the festival’s venue.  They also didn’t discuss anything about a perimeter fence, nor did they outline where people will head after each night ends.

Woodstock 50 is still slated to run from August 16th-18th.

Walker added organizers basically expect people to find their own lodgings in the small community, even if it means sleeping in the street.

“Implicit in this application is that those forced to leave Vernon Downs at 11:00 at night will be forced to sleep in their cars or any lawn or sidewalk that seems unguarded.”

Unlike the fallout from the previous three rejections, Lang and his team have yet to issue a statement slamming the denial.