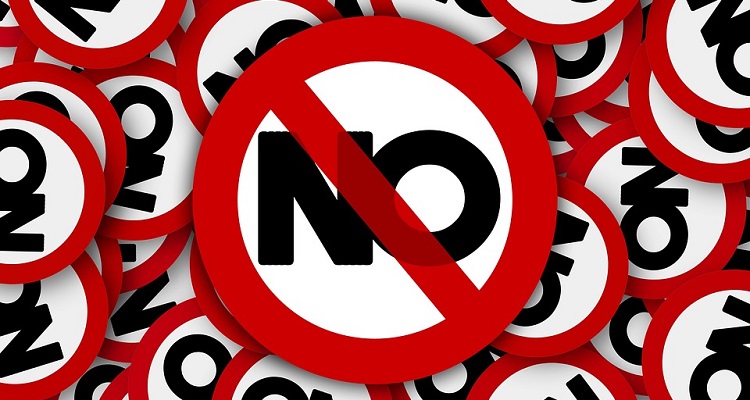 Several days ago, after denying the event a much-needed permit, a New York official called Woodstock 50 a “recipe for disaster.”

With just over a month left to go, tickets still haven’t gone on sale.  With major agencies quietly threatening to pull their artists from the music festival, Vernon Downs – Woodstock 50’s new planned venue – denied the show a necessary permit to hold the event.

According to locals, planners have outright failed to meet safety requirements.  Vernon’s sheriff has suggested delaying the event until 2020, thus defeating the purpose of holding a Woodstock 50th anniversary.

That hasn’t stopped organizers, however, from filing an appeal.

Now, the show may finally be over for Woodstock 50.

Just Say No to Woodstock.

After three days following the initial rejection, officials at Vernon Downs have once again turned down Woodstock 50’s permit application.

Elaborating on the town’s decision, a code enforcement officer said organizers had filed an incomplete application quite late.

Lambasting local officials, a Woodstock 50 representative claimed the Town didn’t have a legitimate justification for rejecting the permit.  In fact, continued the rep, the city of Vernon really needs the event to happen.

“We believe there was no legal reason for the Town to turn down the original permit application.  We hope that for the good of the local and regional economy of central New York and for the health of the Town’s largest employer, Vernon Downs, officials will grant the requested permit on an expedited basis and agree to host what will be a safe, world-class, and historic event.”

So far, the event has lost its former financial backer and its original venue along with producers and possibly even scheduled headliners.

“Woodstock 50 looks forward to formally presenting in person its application to the Town of Vernon at a meeting that officials agreed late Thursday to scheduled imminently, once they have had sufficient time to review our exhaustive plan.”

In a desperate plea to rally support for the failed music festival, Woodstock 50 sent out the following Instagram post. 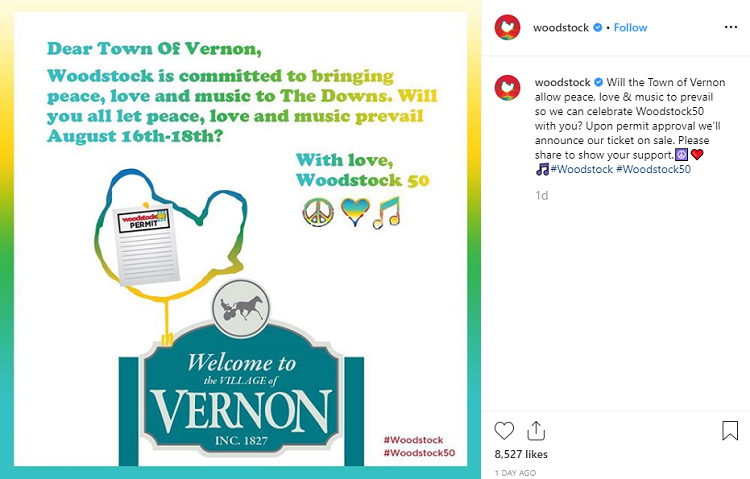 Keep in mind organizers have yet to address key issues leading to its rejection, including security, parking, and limited venue capacity.  Vernon Downs only has a limited population of 5,408.