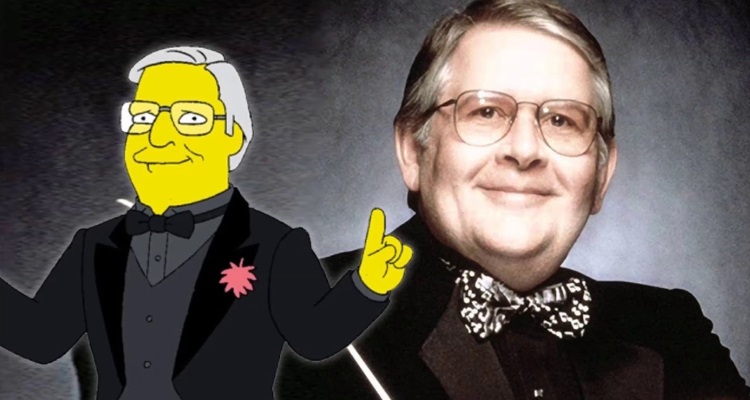 Alf Clausen — the composer for The Simpsons for nearly 30 years — has sued Fox for discrimination after he was abruptly fired.

Clausen is suing both Fox and its new parent company, The Walt Disney Co. He alleges the companies discriminated against him because of his age and disabilities before they outright fired him in 2017.

The lawsuit was filed this week in a California state court.

The 78-year-old composer worked on the popular sitcom from November 1999 until August 2017.  The suit does not disclose the disability Clausen claims to have, though the composer says he was forced out his position.

In the document filed with courts, Clausen says Fox executives told him they were going a different direction with the show’s music. Clausen says that’s “pretextual and false.”

He says he was fired and replaced with someone substantially younger who could be paid less and “is not disabled.” Clausen says the sound of the show is fundamentally the same, but now is produced with cheaper labor.

Music production company Bleeding Fingers was brought on in 2018 to handle the show’s musical composition.

Clausen says Fox was never accommodating of his disabilities while he was employed. He accuses the company of consciously disregarding Clausen’s rights and safety.

He alleges both companies committed disability discrimination, failure to accommodate, age discrimination, retaliation, and wrongful discharge, among other claims. Clausen is seeking injunctive relief and an unspecified amount in damages, along with attorney fees and court costs.

Because he was fired from his job, Clausen says he continues to suffer substantial loss of income and job benefits. He describes the situation as humiliating and an embarrassment that caused mental and emotional distress and discomfort.

Both Fox and Disney have declined to comment on the allegations laid out in the lawsuit. Clausen is being represented by Girardi Keese and Livingston Bakhtiar.