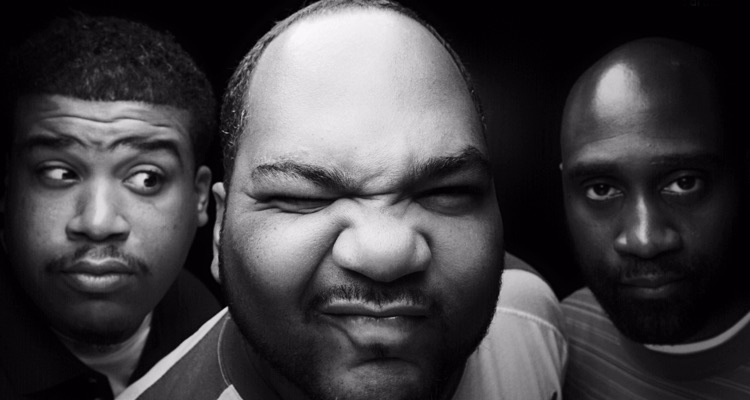 Fans of the legendary hip-hop trio De La Soul will be disappointed to hear that the group has broken off negotiations with Tommy Boy Records.

De La Soul was attempting to negotiate a deal that would have made all of the group’s classic albums available on music streaming services. The dispute reportedly relates to royalty splits that, if left unchanged, would give the group only 10% of the proceeds earned from streaming.

The group issued a statement in response to the failed negotiations in an Instagram post on August 8th. They said that, after 7 months of what they termed “stalled negotiations” with Tommy Boy, they were unable to come up with an agreement. They further lamented that this happened after they had worked for the label for 30 years, and that Tommy Boy is flatly “not in the business of giving artists back their Masters.” 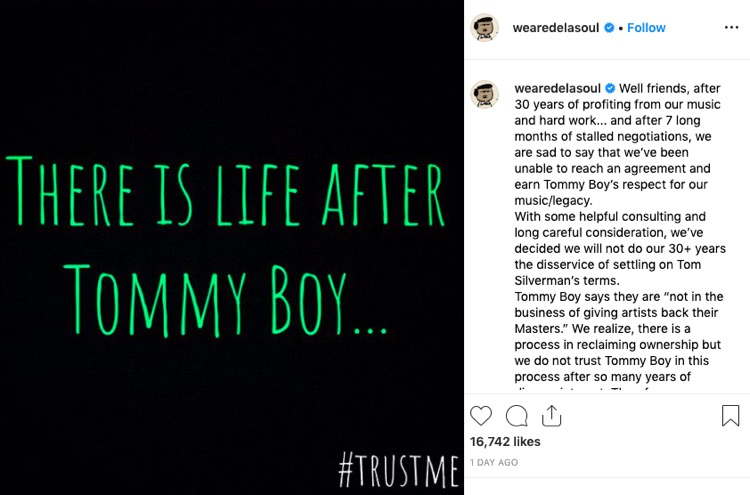 De La Soul went on to say that, if their music catalog should happen to make its way to streaming services in spite of a lack of agreement with Tommy Boy, it would be without the group’s consent or involvement.

Of course, the label could decide to upload De La Soul’s entire catalog, though they’ve apparently opted against that move.  Accordingly, the group is asking their fans not to stream any of their old songs if this should happen.  Jay Z’s Tidal service has already announced that they will not stream the group’s catalog without the group’s consent.

All this does not mean that De La Soul’s fans are completely shut out from the group’s music, however. De La Soul still actively tours and performs at various festivals. They have also been recording in recent years, albeit with a larger percentage of the profit (and, some of the more recent recordings are available on platforms like Spotify).

Legally, Tommy Boy Records are seemingly within their rights to retain De La Soul’s masters, and De La Soul is not the first music artist to complain about this practice. About a month ago, Taylor Swift publicly complained about her inability to gain control over her old master recordings, specifically from now-acquired Big Machine Label Group.

The public disagreements raise questions over how long a company should be able to retain control over a group’s masters.  On one side, the argument is ‘a deal’s a deal,’ and artists shouldn’t sign contracts that lock away their master rights in perpetuity.

That’s been the sage advice of Swift, though it’s entirely unclear how successful Taylor Swift — or De La Soul — would have been without the backing of a major-affiliated label partner. The flip side, of course, is that both demanded master rights in return for their promotional and marketing muscle.