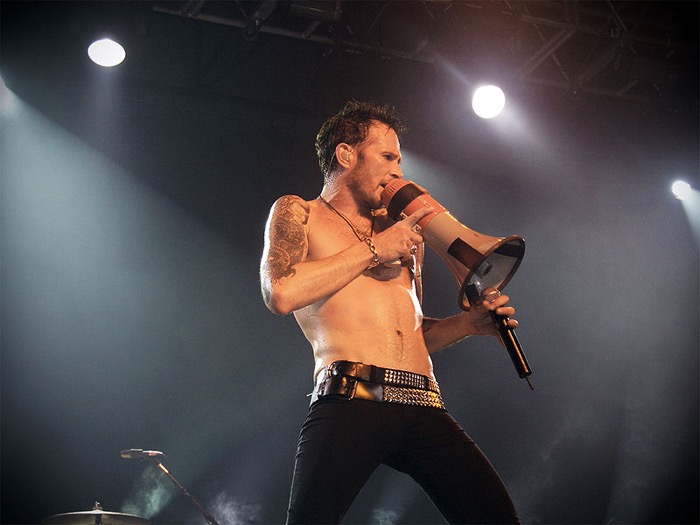 Sony/ATV Music Publishing just announced a deal that will allow them to represent the song catalog of Scott Weiland during his time as the frontman of the famed ’90s grunge band Stone Temple Pilots.

Confusingly, the deal comes moments after a similar pact involving STP and Warner/Chappell — but more on that in a moment.

Scott Weiland was one of the co-founders of the band and co-wrote many of its biggest hits, such as “Plush,” “Sex Type Thing” and “Interstate Love Song.” He was the singer on the band’s first 6 albums. This included Purple, which reached number one on the Billboard 200 albums chart in 1994.

This is an iconic catalog getting lots of play — from both longtime and newfound fans.  Unfortunately, the creative well known as STP ground to a halt long ago.

Weiland’s drug use and erratic behavior led to his dismissal from the band in 2013. Two years later, he died from an overdose while touring. He was 48 at the time. But not even his death could quiet the discord within the band. While all the original members of the band previously signed a publishing deal with Universal Music Publishing Group back in 2010, less than a week earlier the 3 other original members — Dean and Robert DeLeo and Eric Kretz — signed their own publishing deal with Warner Chappell.

To make matters even more confusing, Jeff Gutt, who replaced Weiland as the frontman in the band, has his own separate publishing deal with Reservoir, which he signed a year ago this month. Gutt co-wrote the songs on Stone Temple Pilots’ eponymous album from last year.

Jon Platt, who is the chairman and CEO of Sony/ATV, said that they are excited to provide a home to Scott Weiland’s work and that they hope to bring it to a wider audience. Weiland’s former wife Mary also commented on the deal. She said that her family is happy to work with Sony/ATV to bring Scott’s music to a new generation of fans, though nothing was mentioned about the rest of STP.