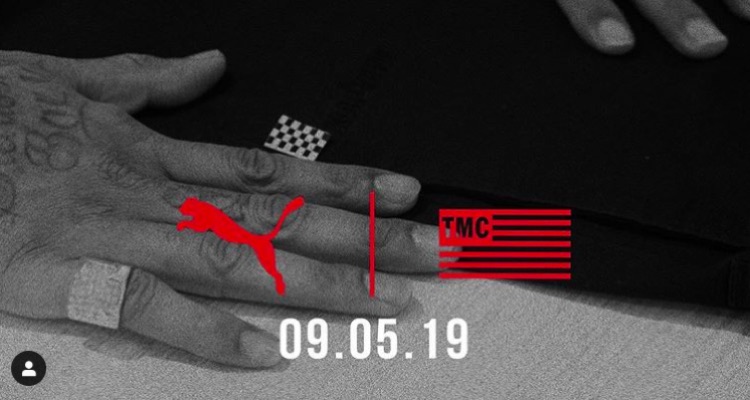 As teased on Nipsey Hussle’s IG

The status of a Puma collaboration with Nipsey Hussle was previously unclear.

Nipsey Hussle had been collaborating with Puma on a fall fashion collection, though it was unclear where things stood when the rapper was killed.  Now, it turns out that the collection was far enough along and will be released on September 5th.

Hussle’s TMC brand, which is an acronym for “The Marathon Continues,” announced the news in a post on the late entertainer’s Instagram account. The post indicated that Hussle, before he died, had spent the previous year working on this project, with which he was involved from the conceptual stages all the way to the final products.

The Instagram post further indicated that the project is very important to the entire TMC team, and that they are taking care to make sure that the final products are what Hussle envisioned.

Since the spring of this year, both TMC and Puma have been providing teases of what would be included in the collection.

Hussle himself originally announced the collaboration on his Instagram account on March 4th in a video. He posted this just a month prior to his shooting death in Los Angeles, which occurred outside of his apparel store. A few months later, Puma put up billboards all over Los Angeles that featured an image of Hussle praying.

Among items expected to to be released in September are both a tracksuit and a khaki suit.

Before his death, Nipsey Hussle had been involved in the west coast hip-hop scene for more than a decade. But his debut album, Victory Lap, was only released in 2018.  It received both commercial and critical acclaim and also received a Grammy nomination for Best Rap Album.

Hussle also served as a brand ambassador for Puma, joining other celebrities such as Rihanna and Selena Gomez, while appearing in numerous advertising campaigns for the company.