The Beatles Release a Monstrosity of a Box Set: 23 Vinyl Records, 46 Remastered Songs 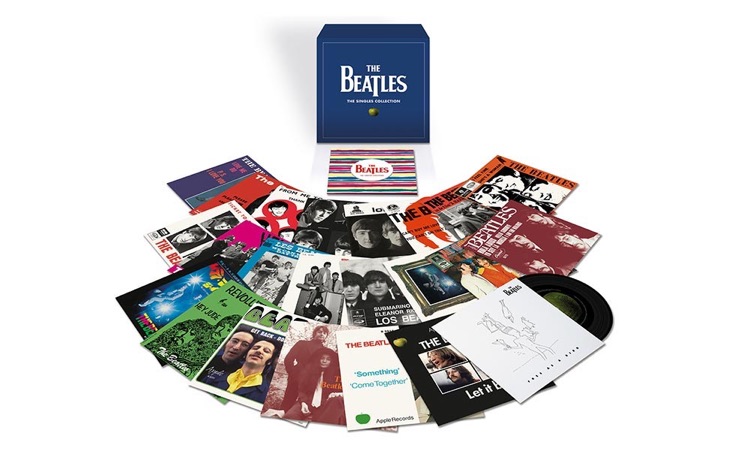 For fans of the Beatles, Christmas will be coming a little early this year.

On November 22nd, the Fab Four will be releasing a new box set of all their remastered singles.

The box set is entitled The Singles Collection and will include 46 remastered songs presented on 23 7” vinyl records. What’s more, the singles will come within reproductions of the original international sleeves.

The Singles Collection will also include an exclusive double A-side single that features both “Free as a Bird” and “Real Love” as well as a book of photos and ephemera. The book further comes with a set of essays written by Kevin Howlett, who is a noted Beatles scholar.

Formed in Liverpool in 1960, the Beatles are considered by many as the most influential rock band of all time. They were certainly among the most successful, with sales of 800 million records worldwide, with 178 million of these coming in the United States.

Interestingly, of the 46 songs included in the box set, 20 of them reached no. 1 on the Billboard Hot 100 chart, which is still a record.

The news of the new box set comes less than a month after the release of another Beatles package. This one features a remixed edition of the group’s classic album Abbey Road, which came out a little more than 50 years ago. Produced by Giles Martin — the son of the original producer George Martin — and engineer Sam Okell, the remixed edition of Abbey Road also includes demo recordings, alternative takes and surround-sound mixes.

Abbey Road was the 11th and last studio album for the group before they split up.  While at first the record was panned by a number of critics, history has judged it as not only one of the best Beatles records, but also one of the best albums in rock history.