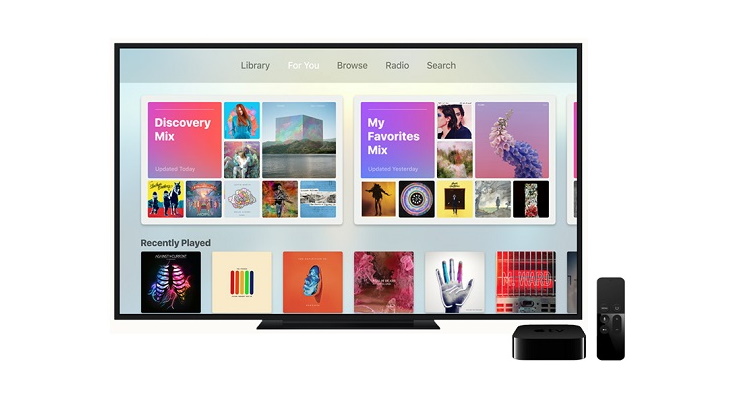 Apple’s first bundled product isn’t a combination of all of its new subscription services. Instead, it gives Apple Music student subscribers access to Apple TV+ at a cheap price.

The $4.99/month Apple Music student plan will include access to TV+ when it launches. The deal may have been ‘accidentally’ revealed in an Instagram post by Hailee Steinfeld.  Steinfeld is the lead actress in Dickinson, one of Apple’s original TV shows.

Apple hasn’t indicated any plans to offer bundled access to its subscriptions. Apple TV+ will launch on November 1st for $4.99. That price undercuts significant competitors like Amazon Prime, Netflix, HBO, and Hulu.

Rumors suggested last month that Apple may be looking at bundling options.  The Financial Times reported that Apple was in talks with record labels about a possible bundle deal.  It’s unclear if the student deal is a limited-time offer or the first of a line of bundles.

Apple Music costs $9.99/month for regular subscribers. The Apple TV+ subscription costs $4.99/month and includes Family Sharing with up to six members under one subscription.

Other package deals are also surfacing.  Apple is also offering a free one-year Apple Music subscription to anyone who purchases a new Apple device. The iPhone, iPad, Apple TV, iPod Touch, or a new Mac are included in that deal.

Many hardcore iOS loyalists are reporting subscription fatigue, even among Apple’s own services. Remember, Apple News Plus, Apple Arcade, and Apple TV+ were all launched at the same event. When you factor in AppleCare, iCloud, Apple Music, and more, you can see why people are getting sick of subscriptions.

As CNET writer Scott Stein put it, “We’re heading toward a future where we rent everything, and it’s unsustainable.” Apple better have something up its sleeve for those of us who aren’t students because five subscriptions from one company is too many.