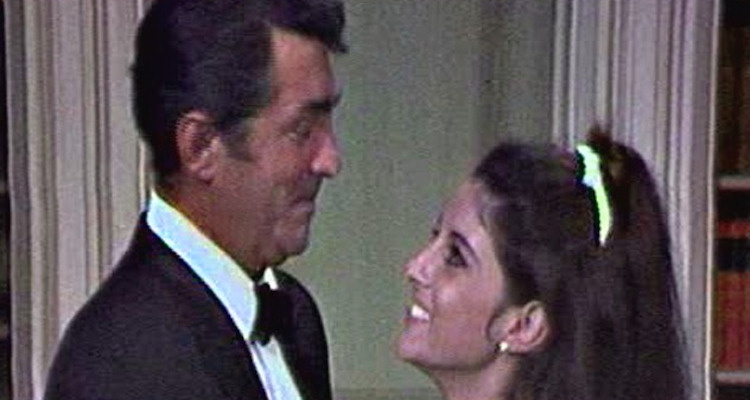 Photo of Dean and Deana Martin by Fdicarlantonio (CC BY-SA 4.0)

The daughter of legendary crooner Dean Martin has reacted to the new politically correct version of “Baby, It’s Cold Outside” by John Legend, and she is none too pleased.

Deana Martin, who is a singer in her own right, said in response to the news, “I’d like to thank everyone for helping bring my father Dean Martin’s original version of ‘Baby, It’s Cold Outside’ back to the top of the Billboard charts in 2018.” She further added, “I’m very proud that it has become an evergreen favorite that is played every holiday season.”

She herself sings the song, and she says that she will continue to sing it, in spite of all the controversy it has generated as of late. She further called the original version, which won an Oscar in 1949, “a cute, flirtatious and romantic song.”

The new sanitized version of the song, which John Legend co-wrote with Insecure‘s Nathasha Rothwell and which he sang with Kelly Clarkson, is scheduled to come out on November 8 on Legend’s A Legendary Christmas: The Deluxe Edition. Vanity Fair, which has heard the new version, calls it, “every bit as fun and swinging as the original, and its newfound sensitivity feels genuine, not performative.”

Still, Martin says that her father “would be going insane right now” because of the controversy over the original version.

“He would say, ‘What’s the matter with you? Get over it. It’s just a fun song.’ ‘Cause he was so sweet anyway . . . he was a great guy. Fun guy. Nice. And he wouldn’t want to do anything offensive. That wasn’t Dean Martin. So this has just been outrageous.”

Though Martin also said that she wants to “better understand” why some people find the original version of the song so offensive. “I’m out there trying to talk to people. It could be a learning moment for all of us.”