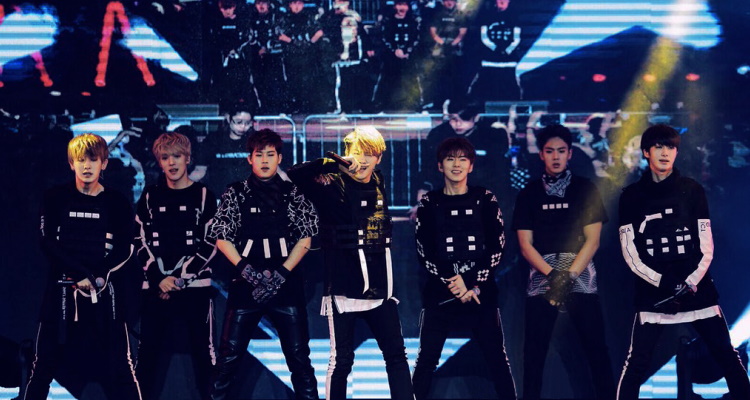 K-pop fans have started a petition to get Wonho to re-join Monsta X. So far, the petition for an ad in Times Square has raised $25,000.

The K-pop world was shocked when Starship Entertainment announced that Wonho would leave Monsta X. Both the company and Wonho released statements about his decision to depart, hoping to settle the matter.  But fans weren’t happy with that, asking for the singer-songwriter to be reinstated in Monsta X.

Fans surrounded the Starship Entertainment headquarters in Seoul on October 31st.  They put post-it notes on the building filled with messages to Monsta X and Wonho.  Many of the notes asked for Wonho to return to the popular group.

An online petition has garnered over 300,000 signatures in support of Wonho and Monsta X. One super fan who calls herself Monbebe says the faithful will do everything they can to get Wonho back into the group.

Monbebe has raised over $25,000 to rent a billboard in New York’s Times Square. The funding effort surpassed the $10,000 goal in less than 40 minutes of the GoFundMe going live. Over 1,000 fans donated to the effort in the span of an hour.

“We are going to make a graphic and display it in Times Square, where it will be on a board for 21 hours, a 15-second spot, 30 times per hour.”

Several fans are working hard to get hashtags about the singer to trend on Twitter. Hashtags like #FightForWonho, #ShineForMonstaX, and #FightForMonstaX7 trended amid the coverage of the petition.

Monsta X released their first single in 2015 and have gone on to become one of the most popular K-pop acts. They signed with Epic Records earlier this year and released their new single, “Follow.”