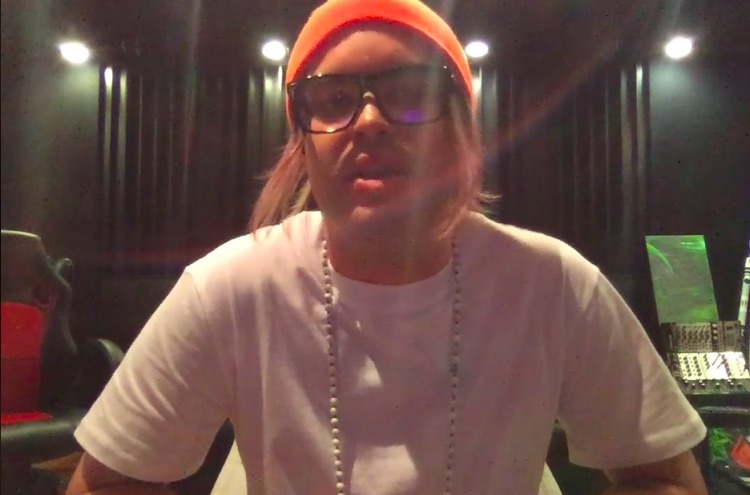 18 months after battling a string of sexual assault allegations, dubstep DJ Datsik is breaking his silence.

Not only is Datsik (real name: Troy Beetles) breaking his long, 18-month silence with a lengthy statement, he’s also issuing an official press release.  The release, issued by JAG PR, notes that their client has “sought help for mental health issues that he opted to come to terms with”.

“After an 18 month self-imposed hiatus, Datsik, a leader in the dubstep world, surfaced with a statement explaining his absence which he posted on his Facebook page,” the statement reads.  “After extensive touring over the last decade, he sought help for mental health issues that he opted to come to terms with. In the following heartfelt statement, he discusses and addresses his past and his plans for the future.”

The statement, read on Facebook video here, is mostly vague and doesn’t address specific accusations of sexual assault that essentially derailed Datsik’s career last year. Among other allegations, the Canadian DJ was accused of drugging and raping multiple female fans on tour. He was also lambasted for joking about rape on Twitter and devising systems to systematically assault fans.

The accusations, which spanned several years and came to light in March of 2018, led to the cancellation of all of Datsik’s upcoming performances.  Datsik was also dropped by his label, Firepower Records, as well as Deckstar and Circle Talent Agency.

Now, fans are questioning whether Datsik is genuinely sorry, or even willing to accept responsibility for what may have occurred.

Hey everyone, I know I’ve been gone, but I’m back today to tell you what I’ve been up to over the last 18 months. I have a few things I want to say, so I’ve written some stuff down and please bear with me because it is important that I don’t forget anything.

Over the last 18 months I’ve been taking much needed time to look in the mirror and work on improving myself through introspection and therapy. I have taken the comments that were made about me very seriously. Only by first understanding a problem are you truly able to fix it, so I’ve been using this past year and a half to do some major soul searching, and to figure out how I can better myself, and make smarter lifestyle choices moving forward.

Looking back now with the benefit of seeing through a clearer lens has shown me how I could and should have done things differently.

Back when I was originally confronted on social media, my heart was broken, and the flurry of negative comments caused my mind to spiral out of control. At the time, I gave little consideration to what others were feeling and for that I’m sorry. As an optimistic person, this was all very hard for me to grasp at the time and I definitely was not in the right mindset to handle it all or approach it properly. As time went on though, I looked inward and realized that I should have used the position that I was in to set a better example. I feel embarrassed and ashamed that I caused anyone any distress, for real, it was never intentional, but here we are nonetheless.

This last year was a very painful learning experience for me, but a necessary one. It hasn’t been easy, but I’ve heard you all, and I will continue to listen. It’s all I have been able to think about and I have done my best to pick up the pieces, and grow as a human being.

The first step for me was coming to terms with the fact that I had developed some serious problems after years of touring. The anxiety and depression that I have carried with me since childhood got amplified as the touring went on, and what seemed like a quick solution was actually a prescription for a major downfall…. It was a very slippery slope, and now I see that when I think back to it all.

I apologize for my poor behavior and the reckless lifestyle that had a detrimental effect on my relationships. It is a lifestyle that I am no longer practicing and one that I have worked hard to overcome. In the end, when I lost everything I loved, I also lost my self-esteem and hit rock bottom. It was then that I realized that a massive shift of focus was necessary in order to do right by everyone who has supported me, and for me to start the next chapter of my life.

When my last tour ended, I decided to make some radical changes in the way I was living and alter the path that I was on. I went to live in a facility to work through my issues, treat my mental health, and learn how to avert some of the illness that has always plagued my family. I spent time with a therapist and uncovered some deep-seated issues that I couldn’t face before. It’s been a difficult road but a much-needed one. After over 1,000 shows and treating myself horribly along the way, I feel grateful that I have had a minute to hit pause and really kick the negativity that controlled me for so long. I’m doing my best to stay healthy and positive, and I plan to keep moving forward this way.

This journey has been beyond emotional. It’s been very humbling, and It’s taught me a lot about myself, my relationships with others, and about just being myself again instead of who I thought people expected me to be. It’s opened my eyes to the moral duty I have as a member of the EDM community, and society as a whole. I have learned a lot during this process. I have taken the time to understand how my actions impact others.

And this is the thing…. I’m extremely grateful for the platform you have all given me… It’s because of you, that I’ve been able to live out some of my biggest dreams, share my art, and live a life filled with passion and dope beats. That in itself is a blessing of mass proportion that I can never ever truly pay back. But that also comes with a great deal of responsibility which I never understood before.

I’d like to believe that I’m still in a position to do something positive and I would like to pay it forward. I want to be part of the solution instead of being part of the problem. I want to take what I’ve learned from my mistakes and help others in the process, in much of the same way I received help. I want to turn this around, and I’m going to give it everything I’ve got. I’ve done a lot of brainstorming while I’ve been off the radar, and I have some awesome and exciting plans to share with you all soon.

‘Til then, I just want to say thank you to the people who have stuck by me and supported me while I was at my lowest. Publicly, I know it was hard, but all of the private messages really meant a lot to me. I apologize for taking so long to get back to everyone but I have been using this time to figure my shit out.

The kindness some of you demonstrated gave me hope for a happy life, and I will never forget it. I would like to regain your trust, I’m a human being, and I’m continuing to learn and grow, and I believe this journey has changed me for the better. If my wish comes true, I promise to raise the bar and live up to your expectations on every level. I will always look back at this past year and a half as the most important and the most difficult time of my life, because it provoked the largest growth and change I’ve ever undergone.

At the end of the day, music is my life… it’s my heart, my soul, my passion, and my higher power. I can’t imagine a life without it.

I hope to see you all again in the future as Troy/Datsik 2.0.

Also Read:  An Ex-Nissan Exec on the Lam Escaped Japan Inside a Yamaha Bass Case