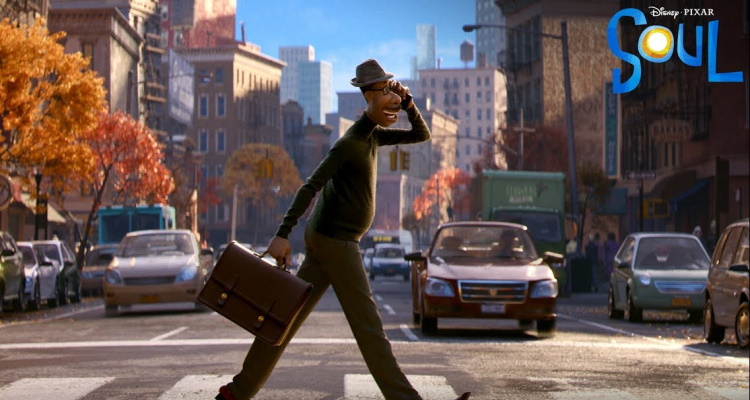 Disney and Pixar’s next film explores the passionate side of life, asking ⁠— what do you want to be remembered for?

The latest teaser trailer for the animated film introduces a music teacher named Joe Gardner ⁠— voiced by Jamie Foxx. Foxx’s character dreams of becoming a jazz performer, but an untimely accident separates his soul from his body.

“We only have a short time on this planet. You want to become the person you were born to be. Don’t waste your time on all the junk of life. Spend your precious hours doing what will bring out the real you, the brilliant passionate you that’s willing to contribute something meaningful to this world.”

He’s then transported to the ‘You Seminar,’ a center where souls are refined for new human bodies. There he meets another soul called 22 who has been trapped in ‘You Seminar’ for years.

Check out the teaser trailer below. It seems like it will have an excellent and catchy jazz score, much like The Princess and the Frog.

The movie itself is exploring existential ideas about who you are, much like Inside Out. It’s no surprise that the director for Inside Out is returning to direct Soul. We’ll probably get a more extended trailer early next year before the movie releases in theaters in June.

Peter Docter is directing the film ⁠— previous credits include Monsters Inc., Up, and Inside Out. Other voice cast credits include Tina Fey, Questlove, Phylicia Rashad, and Daveed Diggs.

Soul is just one of two Pixar movies that will make its debut next year. Earlier this year, the studio teased Onward ⁠— an adventure featuring trolls voiced by Tom Holland, Chris Pratt, and Julia Louis-Dreyfus.

The story here seems interesting, even if the soul characters are kinda weird-looking and the jokes (so far) a bit lame.