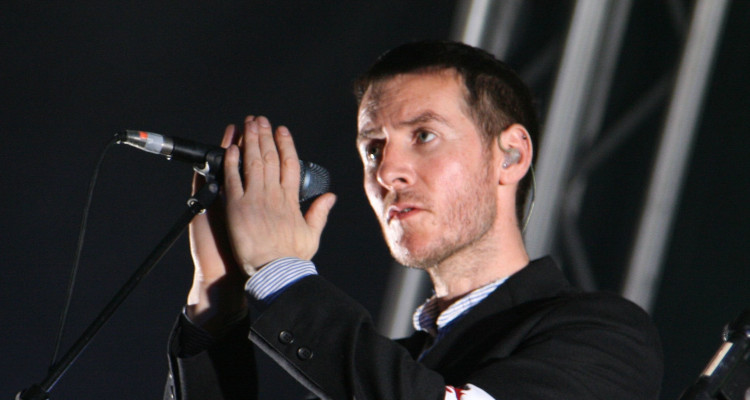 Photo of Robert Del Naja of Massive Attack by alterna2 (CC BY 2.0)

Trip hop legends Massive Attack have announced that they will be taking climate scientists on tour with them to study the carbon footprints of music concerts.

The news comes in the wake of Coldplay deciding that they would no longer tour until live concerts can help the environment instead of hurting it.

Massive Attack made the announcement in an op-ed that founding member Robert Del Naja wrote in The Guardian. On their upcoming tour, the band will take along members of the University Of Manchester’s Tyndall Centre. They will collect climate data during the tour and then analyze it. Their hope is that this analysis will identify means for reducing the carbon footprints of concerts.

The Tyndall Centre plans to share their results and recommendations with the entire music industry.

In the op-ed, Del Naja wrote, “For some time, despite taking consistent steps to reduce the environmental impact associated with an internationally touring music group, we’ve been concerned and preoccupied with the carbon footprint of our schedules and the wider impact of our sector overall.”

He went on to say, “This concern has deepened with each new report from the Intergovernmental Panel On Climate Change, and the universal acceptance of the climate and biodiversity emergency. Any unilateral statement or protest we make alone as one band will not make a meaningful difference. In pursuing systemic change, there is no substitute for collective action.”

Dr. Chris Jones, who is a research fellow at the Tyndall Centre, also commented on the arrangement. He said, “Every industry has varying degrees of carbon impact to address and we need partnerships like this one to look at reducing carbon emissions across the board.”

Since starting in 1988, Massive Attack has sold more than 13 million albums worldwide.