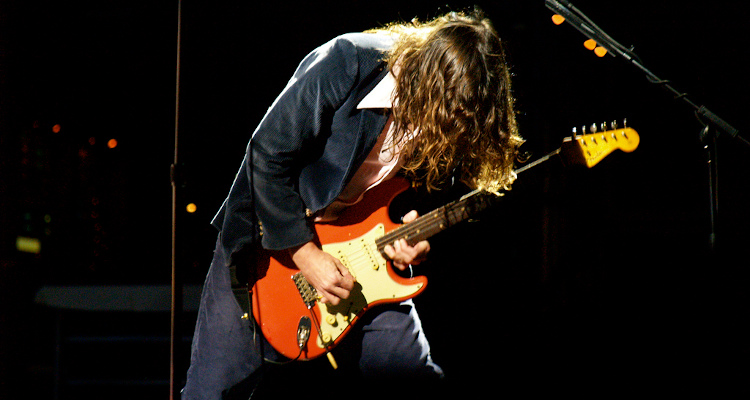 John Frusciante, who has been the on-and-off guitarist of the Red Hot Chili Peppers, is rejoining the band, according to a post on the group’s official Instagram account. The post also announced that Josh Klinghoffer was leaving.

Klinghoffer had been the band’s guitarist for the past decade. In the post, they called him “a beautiful musician who we respect and love.” They added that they were “deeply grateful for our time with him, and the countless gifts he shared with us.”

Frusciante originally joined the group at the age of 18 in 1988 after the group’s first guitarist Hillel Slovak died of a heroin overdose. Frusciante remained with them until 1992. He then returned in 1998, this time staying until 2009. All together, he participated in five studio albums, including:

It was during the band’s tour in support of Blood Sugar Sex Magik that Frusciante first left the group. After he left for the second time, the band replaced him with Klinghoffer, who had been the group’s backup guitarist on tours.

The band is now welcoming back Frusciante for the third time “with great excitement and full hearts.”

For those fans eager to see Frusciante back with the group, they will have at least two opportunities in the coming year. The band will be performing May 15 during the Hangout Festival in Gulf Shores, Alabama and May 24 at the Boston Calling Music Festival.

The Red Hot Chili Peppers were formed in 1983 by Slovak and three of his high school friends: singer Anthony Kiedis, bassist Flea and drummer Jack Irons. The Los Angeles-based band went on to sell 80 million records and secure a string of chart records.

The group has also won six Grammy Awards and were inducted into the Rock and Roll Hall of Fame in 2012.