London’s ‘Quiet’ Electric Buses Are Too Quiet, Will Emit a Soothing Sound 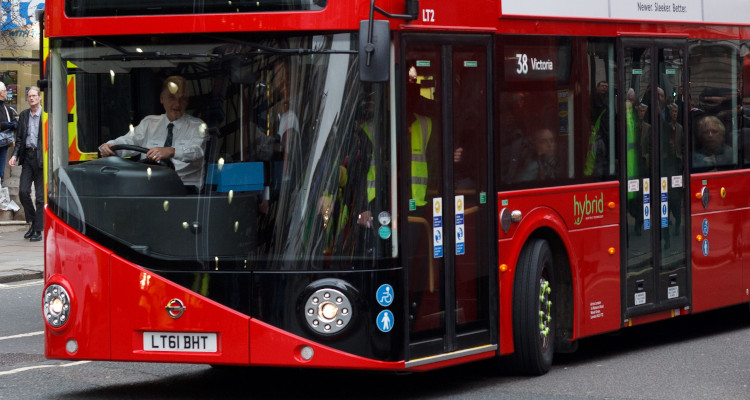 Photo of one of London’s Electric Buses by Tom Page (CC BY-SA 2.0)

Electric buses in London have an odd problem: they are too quiet, which will require them to play an artificial ambient sound.

There is actually a law in the European Union (EU), which the United Kingdom may soon be leaving, that requires electric vehicles to emit sounds when they are moving slowly. This is because of research that indicates that silent vehicles can lead to pedestrian accidents, as people are less aware of vehicles that do not make sounds.

All EU vehicles moving slower than 20 kilometers per hour (a little more than 12 miles per hour) must emit a sound that is at least 56 decibels.

Because of this law, a company called Zelig Sound has been working with Transport for London to develop an ambient sound on their electric buses that people will find appealing.

When the bus is idling, it will make one type of sound, which sounds almost like a beat that an electronic music artist would use. Then, when the vehicle moves, it will add to this sound another three beats, which will indicate motion.

London has already been testing the sounds in the Tottenham section of the city.

The city plans on rolling out the sounds in a gradual manner, as they have until 2021 to comply with the law. Starting in January, the city’s 100 route will get the new sounds. Then, later in the year, the C10 and the P5 routes will incorporate them.

Some are wondering what the sounds will be like when multiple buses are emitting them in the same vicinity. But only a small number of the city’s buses are currently electric: 200 out of about 8,000 city buses.

Looking ahead, the number of electric buses in the city are expected to increase in the coming years as older buses leave service.