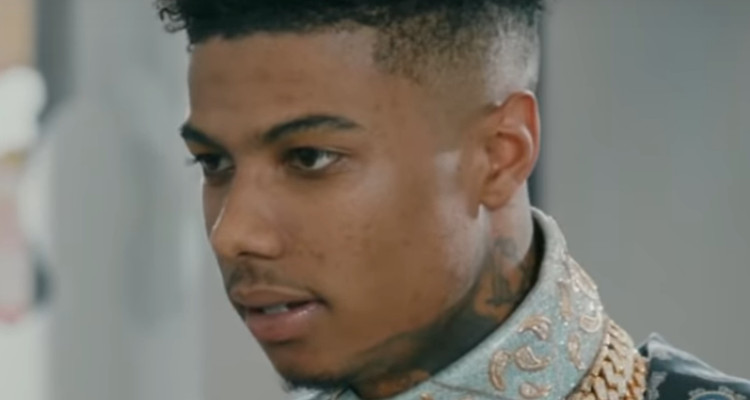 Rapper Blueface is being accused of humiliating homeless people after he threw a large wad of cash at them from his car in Los Angeles’ infamous Skid Row, in an apparent publicity stunt gone awry.

A twitter user named JaValle tweeted video of the rapper throwing the money into the street. Along with this he wrote: “Rapper, Blueface traveled to Skid Row in Downtown, Los Angeles today to give back to those in need during this holiday season.”

The rapper himself posted a video of the incident on Instagram, along with the caption: “The season of giving $.”

Rapper, Blueface traveled to Skid Row in Downtown, Los Angeles today to give back to those in need during this holiday season. pic.twitter.com/9L37n9aZdM

In response to the throwing of money, about two dozen people ran into the middle of the street to collect it, creating a potentially dangerous situation. This led to swift backlash on social media, with users criticizing Blueface not only for endangering people’s lives but also for what they considered “gross” and “degrading” behavior.

Nicholas Ferroni, who is an activist, said that what the rapper did ” isn’t giving back, it is treating human beings in need like animals.”

Kim Alsup, who is an author, added, “It’s disrespectful and wrong on so many levels. If you’re going to give back do something like Jaden and set up a food truck, give shoes and clothes. Don’t make these people dance for money.”

Blueface, whose real name is Johnathan Michael Porter, rose to fame in October of last year after the music video for his song “Respect My Cryppin'” went viral. The following month, the west coast branch of Cash Money Records signed him to a deal.

This year, his song “Thotiana,” which features both Cardi B and YG, quickly caught fire.

Blueface has also had his share of legal problems. In November of 2018, he was arrested after firing a gun at the car of someone who had allegedly robbed him at a gas station. A few months later, he was again arrested, this time for felony gun possession.