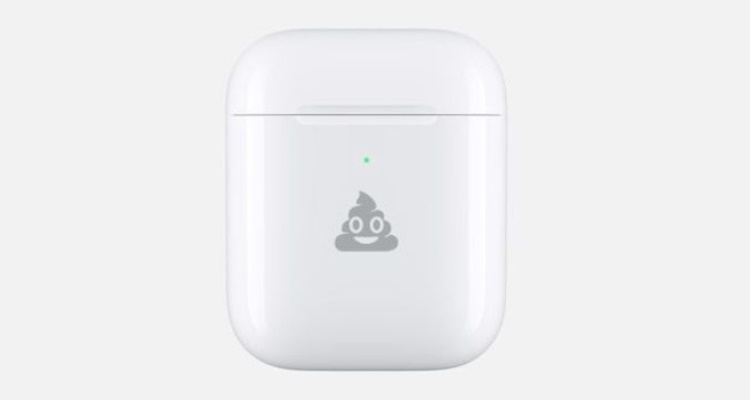 Apple has expanded its AirPods engraving options to include a selection of emoji. Could this slow personalization roll-out help boost sales beyond analyst expectations?

AirPods buyers can add any text engraving to their purchase, free of charge. Now the AirPods engraving feature offers a selection of emoji for engraving. Several faces and gestures like thumbs up, peace, rock out, and fist bump are included. Ghost, unicorn, robot, rat, bear, and snake round out the options.

Here’s the full collection of emoji eligible for AirPods engraving.

The selection doesn’t include any offensive emoji, like the middle finger or a gun. The increased customization option may help Apple double dip with some buyers. AirPods engraving first became available in the first half of 2019 with the second-generation AirPods.

A report released in November 2019 estimated that AirPods accounted for 50% of the wireless earbuds market. In December of last year, an analyst report suggested that AirPods sales could double to $15 billion next year. Analysts believe Apple could sell as many as 85 million AirPods units in 2020.

The slow roll-out of increased customization features could be an effective strategy. AirPods start at $159 for the first-generation model and range up to $249 for AirPods Pro.

The Pro version features active noise-cancellation, a feature frequently requested early adopters. ANC uses microphones to detect low-frequency noise to neutralize before it reaches the ear. AirPods Pro has a transparency mode for safe driving, allowing the feature to be disabled.

Analysts believe AirPods Pro will lead the growth of the product line for Apple in 2020. That growth is likely to drop to single-digit numbers as 2021 approaches.