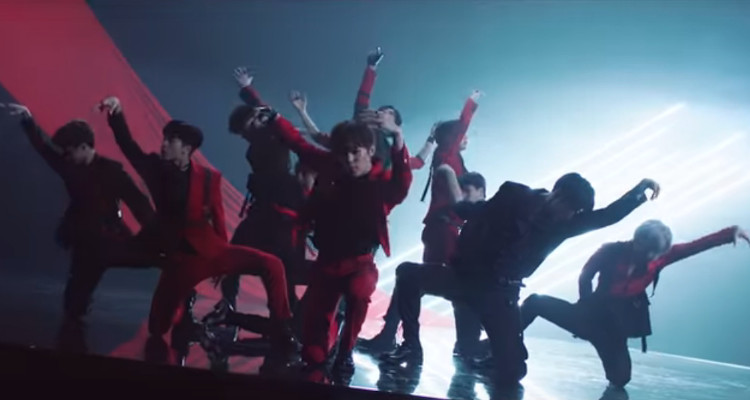 It is now being reported that K-Pop boy band X1 is breaking up because of a voting scandal on the TV show that created them.

The group was formed as a result of a South Korean television show called Produce, which ran from 2016 and 2019 and let audiences discover young stars. The most popular singers would then debut in K-Pop groups.

Apart from X1, the following bands were created:

Last year, after X1 formed, it was revealed that the competition was actually rigged in favor of certain contestants. There were also reports of bribery and backstage deals between members of the show’s staff and music management companies.

All this has resulted in police charges, and an investigation is still ongoing.

The members of X1 released the following joint statement in conjunction with the news:

“The X1 members and each of the agencies negotiated under the condition of unanimous agreement, but we could not come to an agreement, so we have decided on their disbandment.”

Individual members of the band also left video messages for their fans, who have helped “We trust X1” trend on Twitter.

CJ ENM, which produced the show, also issued a statement. They said, “Although we did our best to continue X1, we honor the decision of each individual label/agency that came to a conclusion to disband the group.”

The company went on to say that it would “take necessary steps” in order to “compensate” all those adversely affected by the scandal.

In August of last year, X1 released their first album, which was entitled Quantum Leap. The album quickly established a leading chart position, thanks to the baked-in TV audience.

Both IZ*ONE and I.O.I have been on hiatus, with IZ*ONE’s layoff apparently being related to the controversy as well. Though IZ*ONE has agreed to continue performing as a group.

Wanna One has been inactive since 2018.