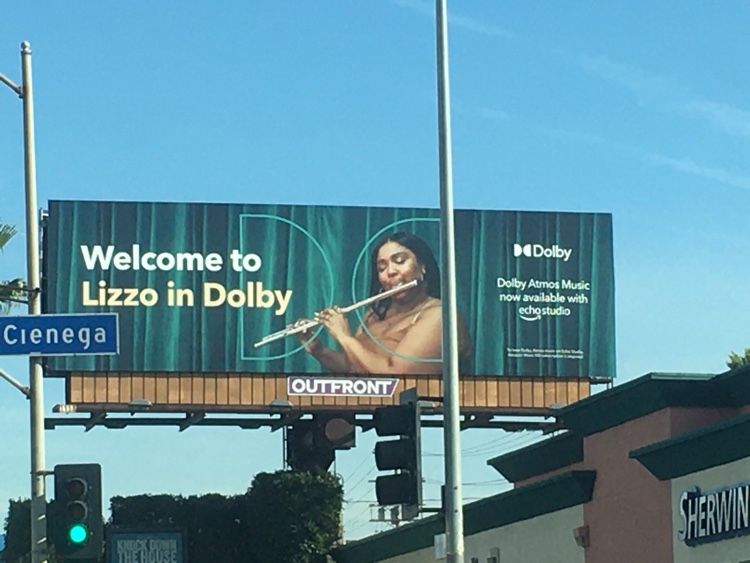 If you like Lizzo, then you’re gonna love Lizzo playing the flute in Dolby Atmos.  Or at least that’s the thinking behind a major marketing campaign designed to push both the Dolby Atmos format and Amazon’s high-fidelity Echo Studio speaker.

Incidentally, Lizzo is a classically-trained flautist, so who knows what’s in store with this tie-up.

“Listening to Dolby Atmos is the closest thing I’ve ever heard to what artists are imagining when they’re creating music,” Coldplay frontman Chris Martin relayed. “Everyone who listens to music should be able to hear things sound this good.”

That’s an interesting question moving forward.  But at least one major player remains unconvinced.  Back in 2017, Spotify experimented with a higher-res tier, but ultimately abandoned the idea.

Last year, Spotify VP Paul Vogel explained the rationale.  “We haven’t talked much about [introducing an HD quality tier],” Vogel recently shared at Goldman Sachs’ Communicopia conference.  “But if you go back and look at it, it’s not really something that’s been a big differentiator among the different services.  It’s really about user interface, algorithms, playlists, discoverability and those type of things.”

Amazon, Tidal, and Dolby obviously beg to differ, though Spotify is now moving forward with a ‘High Quality Sound’ option that actually means 320 kbps. That’s sure to piss off the audiophiles, but Spotify doesn’t think most listeners will care (if they can even tell the difference).

The other question is whether any of Lizzo’s more mainstream fans truly care about higher-res audio, much less Dolby Atmos. But regardless of the outcome, Lizzo has probably set the record for the highest-paid ad featuring a professional flautist.