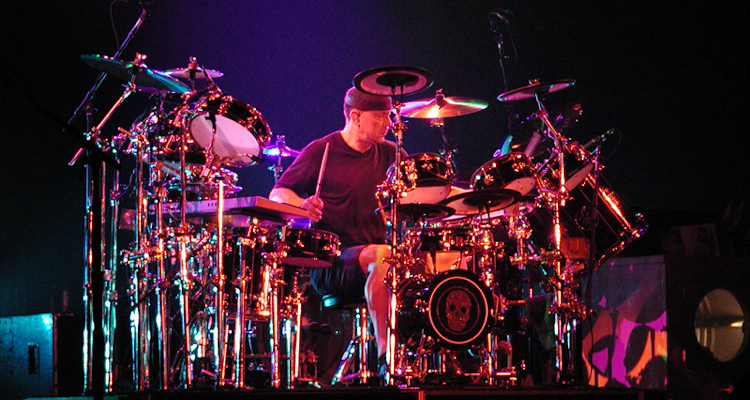 Rush has announced that its longtime drummer Neil Peart has died of brain cancer at the age of 67.

The band says that Peart passed away on January 7 in Santa Monica, California.

Considered among the most innovative drummers in rock music, Peart was known for the exorbitant amount of drums that he used in his kit, which sometimes numbered over 40. He was also known for his onstage presence and his playing style.

While Peart had been with Rush since 1974, he was not their original drummer. He replaced John Rutsey, who performed on the band’s debut album and who left because of difficulties with diabetes.

Peart was not only the band’s drummer. He also became the group’s chief lyricist and is said to have been heavily influenced by Objectivist Ayn Rand. This was likely the reason why the band became a favorite of many conservatives.

With Peart, the band famously weaved heavy metal with progressive rock while steadily incorporating elements of musical trends, such as new wave in the late 1970s.

This led to some of their biggest hit songs, such as “Tom Sawyer” and “Spirit of the Radio.”

In their long career, Rush, as of 2017, has sold more than 40 million records worldwide. They also have been nominated for 7 Grammy Awards.

During his life, though, Peart suffered more than his share of tragedy. In 1997, he lost his daughter Selena in a car accident, and his first wife Jacqueline died months later of cancer. This led the band to take an extended hiatus.

In 2000, Peart remarried and the band started up again. However, in December of 2015, he announced his retirement from music because of health concerns.