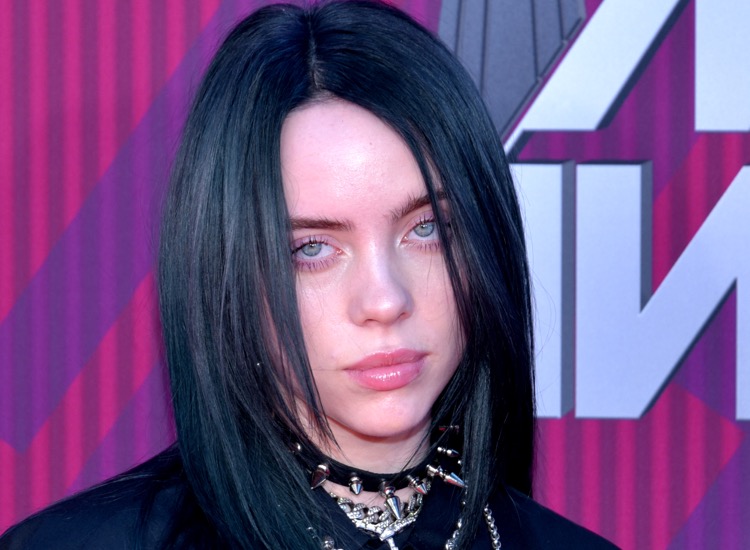 The most popular concert tickets, tour stops, and artists around the country, based on SeatGeek data through Wednesday, January 22nd. 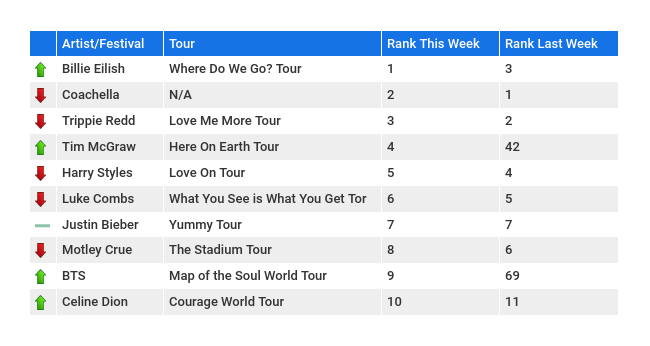 Unfortunately, fans of Billie Eilish won’t be able to catch her live until her “Where Do We Go? Tour” kicks off later this winter. The tour begins on March 9 at the American Airlines Arena in Miami, FL and wraps up on April 11.

Trippie Redd’s “Love Me More” tour is underway, with the rapper performing this weekend at the Warfield in San Francisco on Saturday and Soma in San Diego on Sunday. He has shows scheduled through the rest of February so fans will have a chance to see him in every area of the country.

Tim McGraw has announced the “Here On Earth” tour. McGraw will dig into his 30-years-deep catalog for the trek and fans of songs from “Just to See You Smile” to “Humble and Kind” aren’t likely to complain. 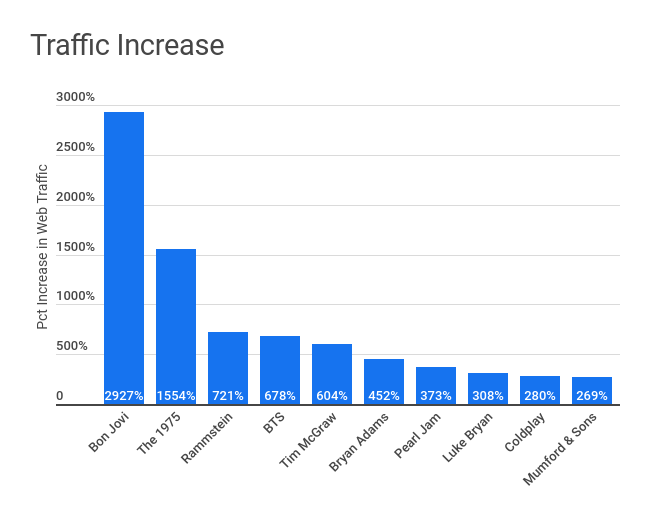 Bon Jovi will tour behind a new album in 2020. The Bon Jovi: 2020 tour will start in the Pacific Northwest in June with shows at the Tacoma Dome and Portland’s Moda Center. A string of California dates comes next, before Bon Jovi turns east for a run through Texas.

The 1975 have shared tour dates behind their delayed album, Notes On A Conditional Form. The pop band will be stateside just three days after the hotly anticipated album drops, kicking off a North American tour that carries them from the end of April to the middle of June.

Rammstein has announced 2020 North American tour dates. Catch them starting August 20 in Montreal through September 27 in Mexico City. Among the stops are performances in Philly, DC, Chicago and Los Angeles.

K-Pop superstars BTS have announced a world tour, with several stadium dates in the US. Catch them on the “Map of the Soul Tour” this summer, with stops in Chicago, New Jersey, Dallas and more.

Tim McGraw is hitting the road this summer. The tour starts on July 10 at the St. Joseph’s Health Amphitheater in Syracuse. It keeps up a brisk pace from there, getting McGraw all the way to Charlotte before the end of the week. He’ll turn back north toward shows at Cincinnati’s Riverbend Music Center and the Budweiser Stage in Toronto. 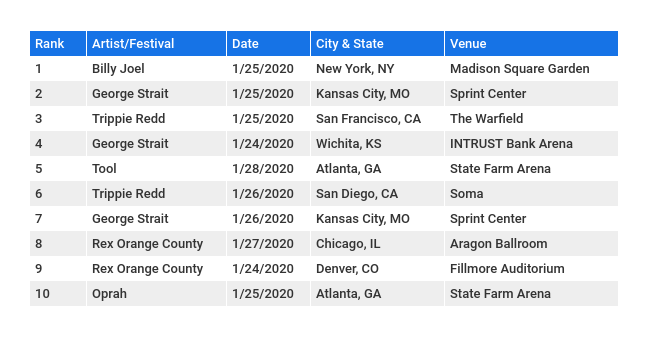 The King of New York, or specifically Madison Square Garden, Billy Joel is back on top. The piano man will perform at the iconic NYC venue on January 25. George Strait, who was retired and is now not retired, is performing at the Sprint Center in Kansas City, MO on the same day, while Oprah (in case you’re interested in something wildly different) is at the State Farm Arena in Atlanta, GA. Trippie Redd’s “Love Me More Tour” is set for this weekend in San Francisco at The Warfield and the next day in San Diego at Soma.

Tool’s 2020 leg of the “Fear Inoculum Tour” is underway, with a performance at the State Farm Arena in Atlanta happening next week. Rex Orange County’s “Pony Tour” is also happening, with shows in Denver and Chicago this weekend and early next week. George Strait will also perform in Wichita at the INTRUST Bank Arena on Friday.