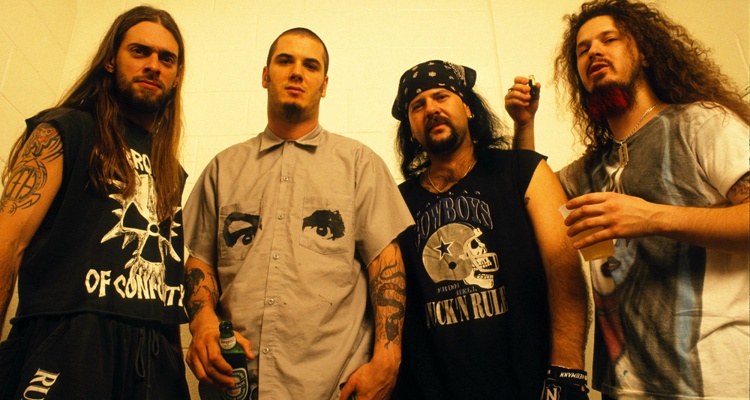 The official Pantera account says the band has surpassed one billion streams across Amazon, Apple, Deezer, Google, and Spotify. It’s not clear what the post means by ‘Google’ since the company owns several music streaming entities. We assume that it includes Google Play Music, YouTube Music, and YouTube itself.

The caption celebrating the news reads, “Thank you all for listening.”

Pantera was formed in the early 1980s in Texas by brothers Vinnie Paul Abbott and “Dimebag” Darrell Abbott. The band recorded four independent albums before their major label debut in 1990, Cowboys From Hell.

That album featured a heavier sound and contributed to their popularity among metalheads.

Pantera broke up in the early 2000s due to tension between the Abbotts and singer Philip Anselmo. The Abbott brothers left Pantera to form a new band called Damageplan. The new group came to a tragic end when Dimebag Darrell was shot and killed onstage as the band performed at a nightclub in Columbus, Ohio.

According to reports, Vinnie and Anselmo never reconciled after his brother Darrell’s death. He may hold a grudge against Anselmo for some of the things that the press printed about Darrell after speaking to Anselmo.

Pantera toured non-stop for its 1990 and 1992 albums. The band only took 32 days off of the ‘Cowboys From Hell’ tour before returning to the studio.

Speaking in an interview with a radio show, bassist Rex Brown called Pantera the most significant underground band of the ’90s.

“We didn’t have a lot of MTV support; we didn’t have any radio play. Now you go to any sporting event and hear one of our songs at a football game, which is great, but they wouldn’t touch it back then,” he told interviewers. “We just toured our butts off and worked really, really hard.”