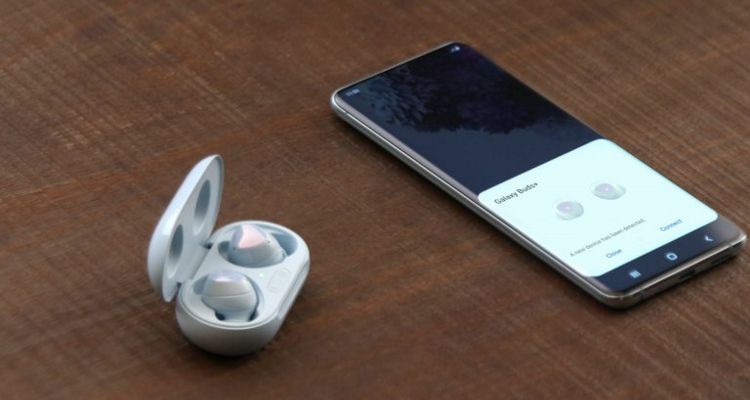 Samsung and Spotify’s two-year partnership just got a little bit deeper with the new Galaxy Buds+.

The new Galaxy Buds start playing music from Spotify with a single touch. Users long-press on the earbud to continue playing the last thing in the Spotify app.

“Just put on your Buds+ and get the tunes playing with a simple long press. We’ll start playing wherever you left off—or, if you weren’t listening to anything, you’ll hear something new that we think you’ll like — not feeling it? Press again, and we’ll dig up something just for you,” the press release reads.

Spotify is the default music player on all Samsung Android devices and has been for two years running. That means it comes pre-installed on every device sold. Samsung’s smartphone market share in Q4 2019 was 18.8% – a significant partnership.

Samsung is also making it easier to share Spotify music with friends through deeper integration.

A new feature integrates Spotify directly into its proprietary keyboard. Instead of copying the link from Spotify itself, users can generate a link using the keyboard. The new function can create links for songs, albums, or playlists without needing to switch apps.

Samsung is also integrating Spotify with its alarm clock app. Users can wake up to a song, album, playlist, or podcast playing on Spotify as their chosen alarm. That feature requires a premium Spotify membership, though. Free users can be woken by a shuffle of music – no selection abilities.

For the dozen or so people who actually use Bixby, you can ask for playlists or albums based on location. All of these features will come as standard on the new Galaxy Buds and smartphones, releasing in March.

Spotify did not confirm whether or not these features would appear on older Samsung devices.