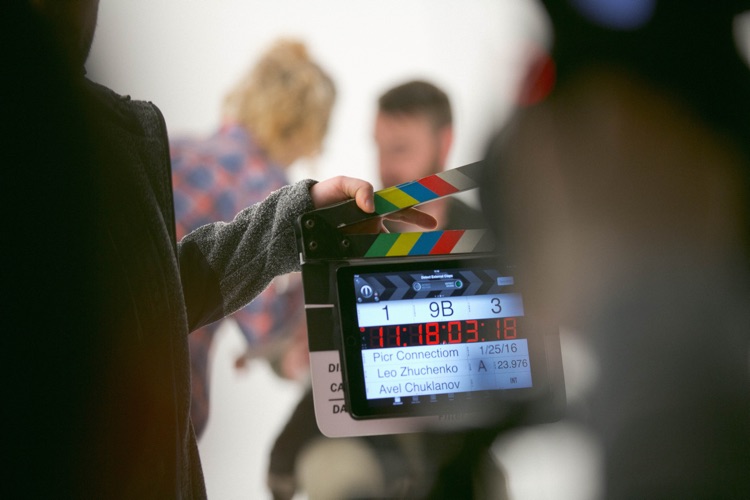 Sync licensing—the process through which television, film, advertising, and other visual-media professionals feature songs in their works—provides all artists, from internationally beloved stars to behind-the-scenes composers, with a shot to achieve both substantial revenues and broader audience exposure.

On-demand video platforms, including Netflix, Hulu, HBO, and Amazon, in coordination with a bigger-than-ever film industry and a staggering quantity of advertisements, mean that artists have more than a few opportunities to cash in on — and benefit from — sync. In short, a larger amount of visual-media content grants artists more paths to commercial and financial achievement.

Because sync licensing is evolving rapidly and is different from other types of music licensing, artists stand to benefit from quality advice and useful facts.

For those just getting started on this important licensing area, we’d recommend our quick primer.  If you’re familiar with the basics and rolling up your sleeves — or redoubling your efforts in sync — these tips will help.

The following information sheds some light on the ins-and-outs of sync.  Throughout, we focus on meaningful, success-minded steps that artists can take to gain from this potential licensing opportunity.

When it comes to sync, metadata is incredibly important, as it enables music supervisors—those whose job it is to zero in on and select suitable songs for visual-media projects—to quickly find and identify your work.

At a minimum this includes identifying  all composer and artist details, as well as any other  owners of the song (master and copyright). With competition stiff and song options vast, something as seemingly insignificant as ownership data could be the difference between nabbing a deal and being overlooked.

Depending on the platform you use, carefully and accurately selected descriptive and creative metadata such as genre, mood and theme, assist with your music’s discoverability.

It’s always a good idea to record instrumental versions of your songs for sync licensing purposes. Even if your vocals “make” a track, the reality is that many projects — and, in turn, many music supervisors — call for instrumental-only files.

Similarly, stem recordings—those comprised of individual drum, guitar, bass, and vocal parts—are also worth having. Stem recordings allow certain portions of songs (including any combination of the mentioned parts) to be isolated, especially for use in visual media, and this freedom means that music supervisors will have more options at their disposal.

Be Professional When Communicating with Music Supervisors

Even if your music is featured on and available through a popular, trustworthy licensing platform like Songtradr, you may also speak with music supervisors—in person (at functions), over the phone, and via email.

And when you do so, it’s imperative that you be as professional—and respectful of their time as possible. Always bear in mind that you’re looking to forge long-term business relationships. Thus, being very mindful of a music supervisor’s time, and the relevance of your music to their needs is paramount. Music supervisors are constantly being pitched to and the relationships they value most, are those that consistently pitch well to their brief.

The basics—a solid website, a good social media presence, prompt communication practices, and easily accessible music, to name some—contribute to sync licensing success. Stated in brief, music supervisors are very, very busy; if they can’t license your music easily (clearing the rights and agreeing on license fees) they will seek another music solution.

Fine Print is Important; Don’t Sign Your Music Away

For more information on fine print, check out our in-depth article on this tip.  In summary, there are many online platforms with routine-seeming fine print, resulting in your uploaded music becoming someone else’s property. These companies and/or individuals may not need to even pay you royalties—or report to you when they’ve secured a sync license for one or more of your songs.

The significance of fine print cannot be understated; few platforms are as reliable as Songtradr, and one misplaced digital signature has the potential to negatively impact  your career.

Make Your Music Available on Spotify

With more than 250 million active users and over 35 million tracks to its credit, Spotify is, for better or worse, a major music industry asset. Many music supervisors visit the streaming platform to discover music, and others yet visit the platform to learn more about artists and their work.

Accordingly, artists who’re seeking sync success should make sure their music is on Spotify. It’s simple,and it may well lead to a major deal. Songtradr now has a distribution service allowing you to distribute and license your music from one location.

Consider the Emotional Impact of Your Music as a Listener

Just because a song is well-written, well-performed, and otherwise stellar, doesn’t mean that it’s a good fit for sync. To be featured in visual media, a track must contribute to the mood that the project’s creative professionals are aiming to establish.

With this in mind, be sure to consider the emotional impact of your music as a listener; try to visualize a song (or a song’s segment) working in a scene or a clip. Sync licenses aren’t awarded solely on the basis of overall quality, and some of the most sync-profitable songs would, admittedly, be hard-pressed to find radio airtime.

Step Outside of Your Stylistic Comfort Zone — Occasionally

Music supervisors do not discriminate when it comes to songs’ genres; so long as a work bolsters a visual media project’s mood and meets the expectations of its creators, it’ll be a possible fit.

However, it goes without saying that some music genres generally receive more sync demand; the average pop rock song could conceivably work in a variety of commercials, for instance, while the average death metal song will have a more limited range.

Whether you specialize in a “sync-favorable” genre or not, consider stepping out of your stylistic comfort zone on occasion (without abandoning the type of music that you most enjoy creating).

By crafting a diverse array of songs, you’ll have a greater chance of attracting the interest of a music supervisor.

Stick with It and Be Patient

‘Stick with it and be patient’ might seem like the sort of clichéd advice that’s issued only by mothers and two-dimensional film characters, but it bears repeating when it comes to sync. Yes, there’re a substantial number of sync licensing opportunities today, and yes, all signs indicate that the licensing sphere will grow in the coming years.

But if synchronization success was invariably quick and easy to achieve, everyone would be reaping the rewards. As it is, artists must take a multitude of steps towards meeting their goals as part of a cohesive, carefully organized strategy to obtain an edge in the long term.