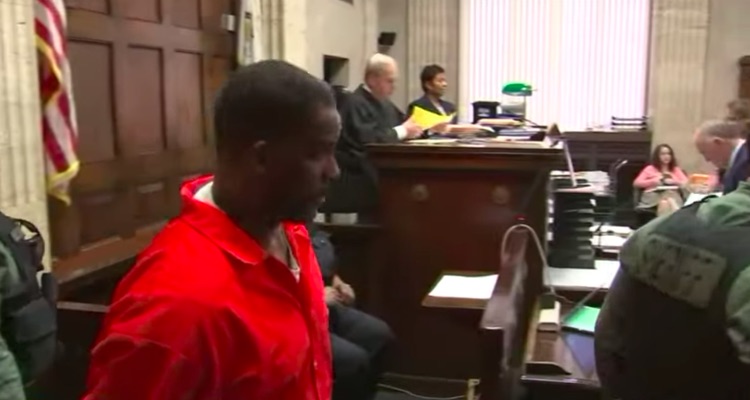 R. Kelly is now facing felony charges in New York, Minnesota, and his native Chicago. And though he’s long been jailed in Chicago, lawyers are working on his behalf in all three locations. Accordingly, two major developments, concerning the artist’s legal woes in New York and Chicago, have come to light.

First, New York prosecutors have charged Kelly under an old statute that makes it a crime to have sexual intercourse while infected with an STD, and the embattled rapper’s lawyers are pushing back against the constitutionality of the law in question.

According to the mentioned statute—elements of a 1943 New York law designed to prevent homebound World War II soldiers from spreading venereal diseases—it’s illegal for those who are infected with STDs to have sexual intercourse with others, particularly if they haven’t disclosed the information to their partners. The thinking behind the law was that armed forces veterans would undergo medical examinations (and receive any necessary treatment) before potentially spreading infections.

In addition to arguing that the law is unconstitutional, Kelly’s lawyers are targeting the corresponding charges as part of a larger effort to paint the prosecutors as overzealous and eager to put their client behind bars by any means necessary. Other components of the New York prosecutors’ case rely on the Mann Act, a 1909 law meant to prevent the trafficking of females, and Kelly’s lawyers have also taken issue with the century-old measure.

It’s worth noting that one of Kelly’s victims has accused him of failing to disclose his genital herpes infection; other charges could be brought against him based upon this claim.

Next, the 53-year-old appeared in a Chicago courtroom this morning and pled not guilty to 13 updated child pornography and sexual abuse crimes. Moreover, government officials have indicated that new charges yet are on the way, as another alleged victim has come forward and more evidence has surfaced.

Prosecutors renewed their interest in allegations against R. Kelly after Lifetime aired the first season of Surviving R. Kelly in January of 2019. The six-part television documentary provided a platform for many of Kelly’s alleged victims to speak out against the abuse they claim that he inflicted upon them. The program’s second season was released earlier this year.

Significantly, R. Kelly has long been accused of sexual crimes and misconduct. In 1994, when he was 27 years old, R. Kelly attempted to marry a 15-year-old Aaliyah, having lied about her age and forged legal documents beforehand. In 2002, R. Kelly was charged with child pornography-related crimes — but a jury found him not guilty on 14 of 14 counts in 2008.

Owing to the charges that are in the making and Kelly’s cases in Minnesota and New York, U.S. District Judge Harry Leinenweber has pushed Kelly’s Chicago trial date back, from April 27th to October 13th.

R. Kelly has denied the allegations made against him.