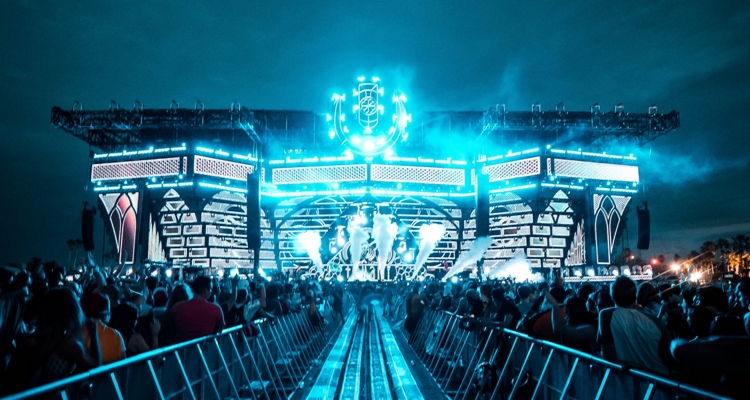 The 2020 Ultra Music Festival will be canceled because of coronavirus concerns, according to a confirmation from Miami city officials.

While there is still no official announcement from Ultra Music Festival organizers, news of the possible cancellation started leaking this week. The Miami Herald reported that festival organizers met with city officials to discuss their response, and have been ironing out cancellation details.

Now, city officials have confirmed that the massive EDM festival will not be happening.  Steven Ferreiro, who is Chief of Staff for City Commissioner Manolo Reyes, stated that the event would be postponed.  At this point, it’s unclear when that postponement date is.

The decision to postpone the EDM festival was made at a meeting on Wednesday morning, according to the Herald’s report.

Before that meeting, Mayor Francis Suarez and Commissioner Joe Carollo were moving to postpone the festival amidst rising Coronavirus concerns. The delay of the announcement may have been caused by discussions over postponement details and the best timing for the cancellation announcement (which happened just hours ago).

“I can tell you that just in the last 24 hours, I have received countless emails and messages of all kinds urging the city to act,” Suarez stated during a Wednesday news conference. “That is another major motivator to have this conversation before it gets too late.”

After that point, it was only a matter of time before Ultra was off the calendar.

Ultra Miami is a three-day music festival that was supposed to open March 20th at Bayfront Park. An official announcement with complete details concerning the cancellation is expected within 24 hours.

The Ultra Music Festival may not be the only casualty for Miami during the coronavirus pandemic. Commissioner Reyes says he’s worried about the Calle Ocho Festival next.

The Calle Ocho festival is a one-day event held in March in Little Havana. This year’s festival is slated for March 15th – just over a week out. It’s a free street festival that showcases a variety of acts and goods.

If Calle Ocho ends up on the chopping block this year – it won’t be the first time. In 1996, the festival was canceled after four Cuban exile aviators were shot down by Cuba.

The festival regularly sets Guinness World Records for strange things, making it a huge draw to Miami. In 1988, it set a record for 119,986 people in a conga line. Gathering that many people in one place, together with coronavirus, seems ill-advised.

Maybe the organizers of SXSW 2020 should take note here?