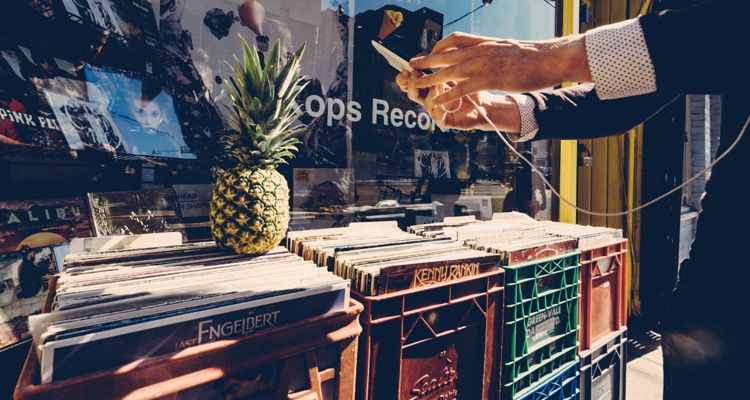 Record Store Day 2020 is going to be huge for vinyl fans – an extensive list of exclusives is now available.

The celebration is taking place on Saturday, April 18, and has grown significantly over the last few years. Aside from partnering with record stores and online sellers like eBay, the rise of vinyl helps Record Store Day smash new records every year.

New exclusive reissues for Record Store Day will be available in vinyl, cassette, and box sets.

Highlights include vinyl reissues from Robyn, Kraftwerk, Paul McCartney, The Cure, and Britney Spears. Fans of David Bowie, Miles Davis, Fleetwood Mac, and Charles Mingus will find new rare albums to hunt. A new collaboration between Black Lips and Kesha will release that day, too.

A new archival release for David Bowie fans called ChangesNowBowie. The album features nine mostly acoustic and previously unreleased tracks. They were recorded in 1996 during rehearsals for Bowie’s 50th anniversary birthday concert. This release will be available on vinyl and CD.

Billie Eilish fans can snag a new copy of Live at Third Man Records in stores nationwide. This single release is pressed on opaque blue vinyl for a novel look. My Chemical Romance’s 2006 live album Life on the Murder Scene will be reissued on clear vinyl with red splatter.

Gorillaz is releasing G-sides and D-sides of their first two studio albums. These will be standalone limited-edition vinyl releases. The D-sides compilation spans three LPs and contains at least one unreleased track.

Fleetwood Mac fans will be able to snag The Alternate Rumors album. It’s composed of alternate takes of the band’s 1977 album, Rumors. This release was part of the deluxe reissue of Rumors – but this is the first time The Alternate Rumors is getting a standalone vinyl release.

You can find the full list of Record Store Day 2020 exclusives here.