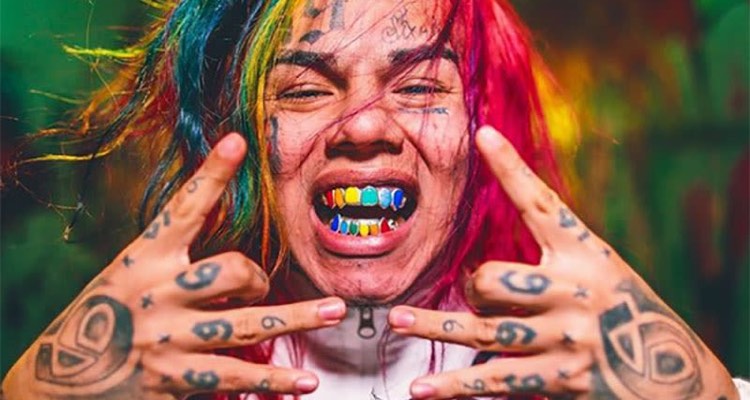 In what can be best described as a litigious week, rapper Tekashi 6ix9ine has been named in two multimillion-dollar lawsuits: Los Angeles-based attire brand Fashion Nova slapped him with a $2.2 million suit, and an unnamed woman tagged him with a staggering $150 million complaint.

In the first filing, which Fashion Nova submitted to a California state court, it’s alleged that Tekashi 6ix9ine accepted a $225,000 advance as part of an Instagram promotion deal, but subsequently failed to honor his end of the contract. Tekashi 6ix9ine’s booking company, MTA Booking, and several businesses partners were also cited in the lawsuit.

According to Fashion Nova, negotiations for the agreement in question began in October 2018; the contract called for Tekashi 6ix9ine to promote Fashion Nova on social media, in addition to mentioning the brand in song lyrics and featuring its products in music videos. Two weeks after cutting the near-quarter-million dollar check, Fashion Nova saw Tekashi 6ix9ine arrested on charges that could have kept him behind bars for life.

However, the 23-year-old avoided major jail time by accepting a plea deal with prosecutors, wherein he provided information about the Nine Trey Gangsters, a violent subset of the Bloods. His two-year sentence is already underway, and according to prison officials, his stellar behind-bars behavior will likely result in an early release this August.

The second lawsuit levied against Tekashi 6ix9ine this week stemmed from a “revenge shooting” he allegedly ordered in 2018.

An unknown individual tipped off Tekashi 6ix9ine about a music video that was being filmed at an apartment complex by those who kidnapped, assaulted, and robbed him in 2018. An innocent bystander happened to be at the apartment when Tekashi 6ix9ine’s crew rolled up and fired shots at the men; a stray bullet hit said bystander in the foot, causing her to fall and hurt her back.

The woman’s lawsuit calls for damages of $150 million. Neither Tekashi 6ix9ine nor his legal team has commented publicly on the matter.