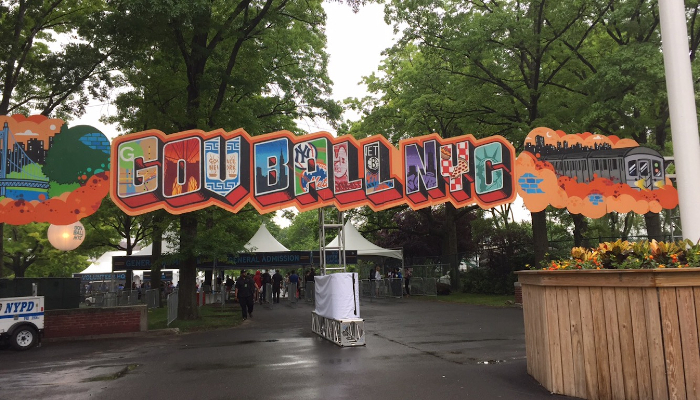 The coronavirus (COVID-19) pandemic has resulted in the cancellation of three more high-profile music-industry events, as organizers nixed the 2020 Governors Ball, Download Festival, and Isle of Wight Festival today.

In an official update, Governors Ball planners indicated that “it is neither safe nor prudent to move forward with our June dates”; the three-day festival had been set to take place between June 5th and June 7th, with the likes of Tame Impala, Tones and I, Vampire Weekend, and other popular acts having been booked to perform.

The release also stated that the team behind the Randall’s Island, New York, festival had been working to establish a viable postponement date, only to find “that there are no sufficient options available.” Instead, Governors Ball’s team has started planning for 2021; passholders can transfer their tickets to next year’s edition or request a refund.

This marks the second consecutive year of bad luck for Governors Ball, which was plagued by severe thunderstorms in 2019.

Next, England’s Isle of Wight was also cancelled outright. In a statement, organizers emphasized that “the decision [to cancel 2020’s event] has not been taken lightly and we have tried our hardest to make it work.” Lionel Richie, Snow Patrol, The Libertines, and others had been set to headline the four-day event, which was to begin on June 11th and end on June 14th.

Isle of Wight ticketholders’ refunds will be processed “very soon,” and would-be attendees will have the option to carry their passes over to 2021’s festival.

Finally, the main Download Festival, which was expected to initiate on June 12th and conclude on June 14th, was called off today. Previously, Download Japan and Download Australia were axed because of coronavirus concerns. Download UK’s organizers made clear that “it just isn’t possible for the 2020 festival to go ahead.”

Download 2020 had booked Kiss, Iron Maiden, The Offspring, and other prominent rock bands. The festival’s third-party ticketing company will be contacting passholders about refunds in the near future; as with Isle of Wight and the Governors Ball, these individuals will have the opportunity to transfer their tickets to Download 2021.

At this point, the coronavirus pandemic has now resulted in the cancellation and postponement of nearly every tour and music festival, including Coachella, Stagecoach, Ultra Miami, and Bonnaroo, among others. See you guys next year (hopefully).