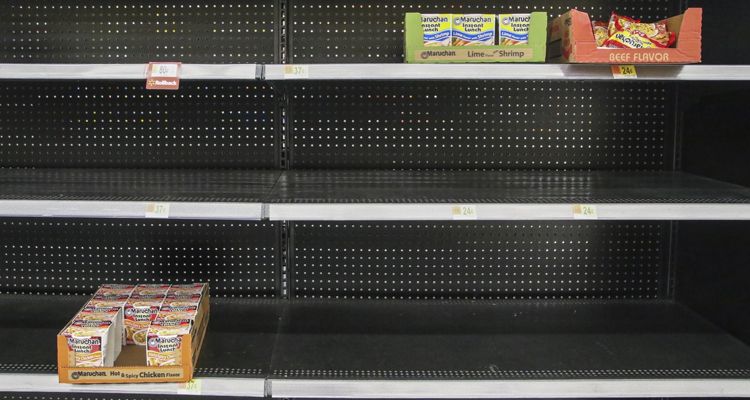 Taylor Swift has quietly sent stimulus checks to fans who are expressing uncertainty about their situations.

Holly Turner made a post on Tumblr about how she is scared she couldn’t stay in NYC. She specifically cited the shutdown of the music industry threatening her livelihood. Swift reached out to Turner privately and sent her a $3,000 ‘stimulus check’ via PayPal.

“Holly, you’ve always been there for me,” the message included reads. “I want to be there for you right now. I hope this helps. Love, Taylor.” Of course, Holly isn’t the only person on the receiving end of Swift’s generosity. 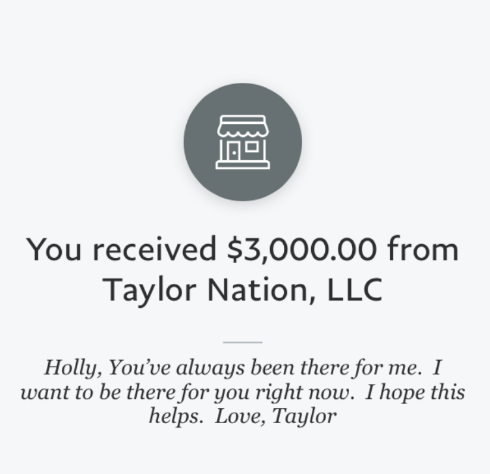 “Leah, I’m so sorry this situation has caused you so much stress, and I hope a gift of $3,000 will help,” reads another note sent to a fan. Leah Turner is a freelance music photographer and graphic designer. She shared her financial problems with followers on Tumblr – having no events to photograph during the shutdown.

This isn’t the first time Taylor Swift has looked after her flock of Swifties during tough times.

In the past, Swift has contributed to college tuition payments after reading about the issue on Tumblr. She also showed up to a fan’s bridal shower and helped a homeless woman purchase a home.

Swift’s generosity has gone above and beyond what even the U.S. government plans for its citizens.

The U.S. Government just passed a $2.2 trillion stimulus package to help the economy recover from coronavirus complications. That includes $1,200 checks to Americans and over $500 billion in loans to aid businesses affected.

The bill also expands unemployment insurance and gives jobless workers an extra $600 a week in funding for up to four months. That benefit is on top of their current state unemployment benefits.