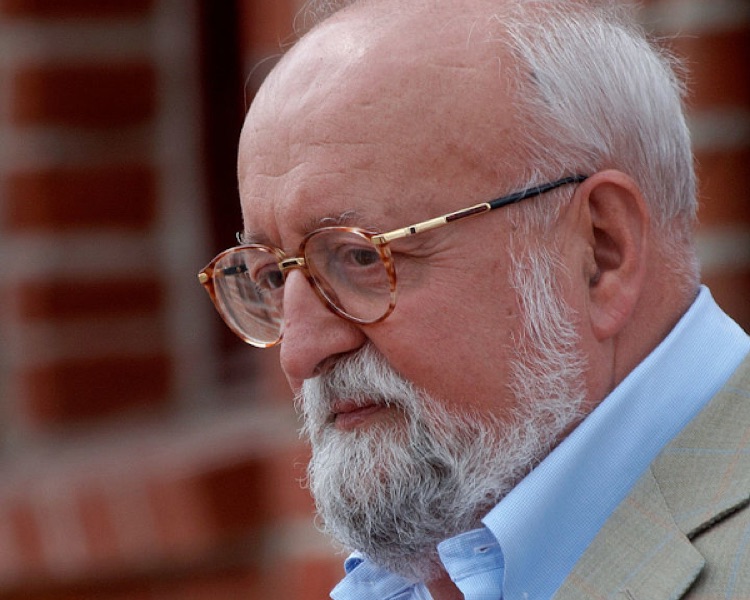 Legendary Polish composer Krzysztof Penderecki, whose work appeared in The Shining, The Exorcist, and other prominent films, has passed away at the age of 86.

Penderecki’s team and publicist confirmed the news and, while opting not to disclose his cause of death, acknowledged that the end arrived “after a long and serious illness.” Penderecki died in his native Poland’s capital city, Krakow, and his family and team are currently planning his funeral.

Two weeks back, Polish Prime Minister Mateusz Morawiecki closed schools, bars, restaurants, and even borders with neighboring countries to curb COVID-19’s spread. However, Prime Minister Morawiecki’s lockdown order prohibits only public gatherings that attract 50 or more people, and provided that guests filter in and out of Penderecki’s memorial, the event should be largely unaffected.

Krzysztof Penderecki enjoyed a long, successful career that saw him compose four operas, eight symphonies, and an array of instrumental works. Besides The Shining and The Exorcist, Penderecki’s compositions appeared in Martin Scorsese’s Shutter Island and the 2017 reboot of Twin Peaks.

Predictably, given the widespread acclaim of his professional efforts and the length of his career, Penderecki received an abundance of high-profile awards, including the Order of the White Eagle, which is Poland’s highest military and civilian honor, as well as the Order of the Cross of Terra Mariana, Estonia’s most prestigious order for non-natives.

Stateside, Penderecki secured nine Grammy nominations and four Grammys. Having taken home his first Grammy Award in 1968 (as a trustee), during the 11th annual ceremony, Penderecki’s most recent Grammy win came in 2016, at the 59th annual awards, for Best Choral Performance.

On Twitter, Radiohead’s Jonny Greenwood, who has long spoken of Penderecki’s influence on his career, offered kind words to the composer, his family, and the entire country of Poland, for “this huge loss to the musical world.”