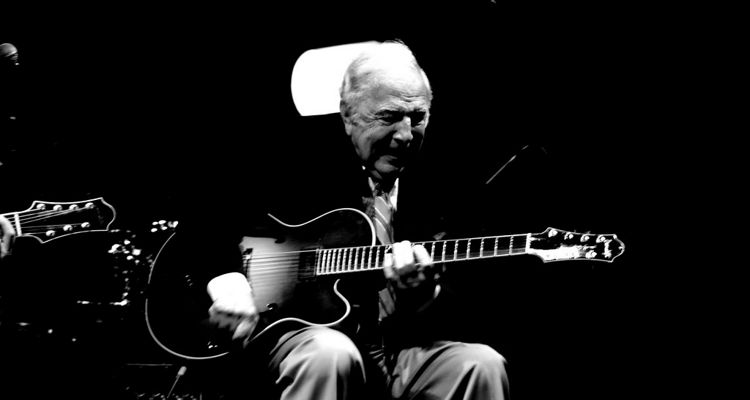 The news was confirmed by John Pizzarelli, his son, and a longtime music associate. Pizzarelli made a name for himself in the ’50s and ’60s as an accomplished jazz guitarist. His sessions can be heard on hundreds of records across multiple genres – often uncredited.

Bucky Pizzarelli also toured with Benny Goodman and was a member of the “Tonight Show” orchestra.

When “The Tonight Show” moved to California from New York in 1972, Pizzarelli stayed in NYC. He said he did not want to uproot his children and began playing in New York nightclubs.

The Guitar in midtown Manhattan was a favorite haunt of Pizzarelli’s. He attracted attention in 1970 after performing a duo with fellow guitarist George Barnes. The pair parted ways in 1972 when Pizzarelli began performing recordings in high-profile settings.

In 1980, he started performing with his new duo partner, his son – John Pizzarelli. John was only 20 years old at the time and became a jazz star through a “baptism of fire,” according to his father.

Both Pizzarelli’s would play and perform together many times, often joined by his second son, Martin – a bassist.

Bucky Pizzarelli’s jazz guitar features seven strings instead of six. The extra string tunes to a low A, giving the instrument its own bass line. That seventh string makes all the difference in sound when playing solo or with a duo partner.

John Paul Pizzarelli was born on January 9, 1926, in Paterson, New Jersey. His two uncles played guitar and banjo professionally, with his uncle Bobby teaching him the basics of the guitar as a young boy. His nickname Bucky came from his father, who called him Buckskin.

Bucky Pizzarelli continued to perform with his jazz guitar well into his 90s. A stroke and a bout of pneumonia resulting in hospitalizations in 2015 and 2016 ended his playing career.