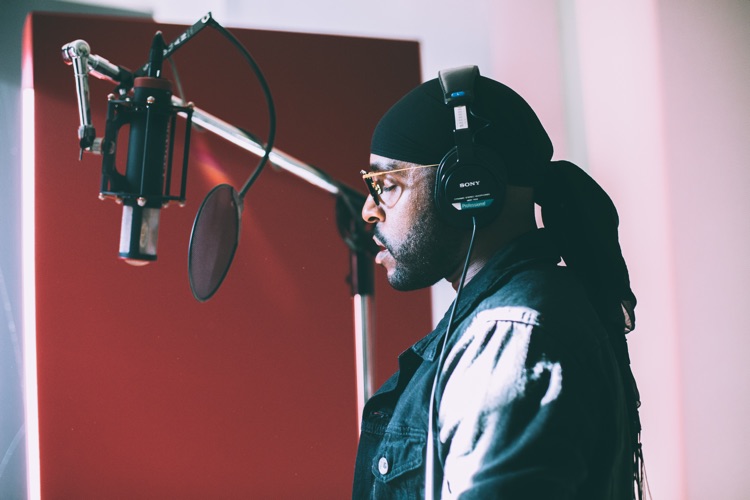 The live concert industry has been one of the hardest hit by the coronavirus (COVID-19) pandemic. But quietly, alternative live-streaming models and ‘distanced’ collaboration concepts are helping to fill the void. That includes remote recording collaboration platform AirGigs.

For established stars and rising acts alike, performance revenue constitutes a major portion of overall income. And predictably, without access to this revenue, much of the music community has fallen on difficult times.

But the live concert sector isn’t the only music industry sector getting hit. Similarly, orders to close non-essential businesses have forced most recording studios to shut down for the foreseeable future. Stated succinctly, the financial effects of the COVID-19 pandemic are being felt not solely by artists, but also by road crew members, sound technicians, producers, engineers, and the other professionals who make touring and recording a reality.

But amidst all the bad news – which sometimes seems endless – are a number of online streaming and collaboration concepts that weren’t grabbing much attention before the pandemic. Now, they’re proving a godsend to many musicians, producers, and other creators.

That includes live-streamed performances, which suddenly went from afterthought to the main event. In the early days of the crisis, the Dropkick Murphys forewent a physical audience and live-streamed their long-planned St. Patrick’s Day show, for instance. Elsewhere, Ultra Miami and Sirius XM teamed up to broadcast a digital edition of the former’s canceled festival. More recently, iHeartRadio hosted the ‘Living Room Concert for America,’ which featured performances from Elton John, Alicia Keys, Billie Eilish, and Mariah Carey.

But the list of alternatives goes beyond one-to-many live streams.

Remote collaboration projects are becoming increasingly necessary, especially for those intent on keeping their productions on schedule (or close to it). That’s driving a surge of clientele to AirGigs, which connects music industry clients and freelancer musicians. Founded years ago (and profiled by Digital Music News back in 2013), AirGigs has a relatively simple premise: remote recording sessions featuring talented freelancers, all of whom can contribute to a masterpiece from afar.

As you might expect, web-connected freelance collaboration offers immense advantages — especially during periods of extreme, government-imposed isolation. It’s almost as if AirGigs built its model in anticipation of this very crisis, though, of course, none of the company’s early modeling included thoughts of a global pandemic. Instead, AirGigs has been humming along for years, though musicians, producers, and supervisors also had in-person collaboration options. All of which came to a screeching halt a few weeks ago.

Expectedly, more artists and industry specialists are turning to AirGigs as isolation periods continue. Though touring and traditional studio sessions have been put on ice, the urge to collaborate and perform is as strong as ever. Accordingly, AirGigs and DMN have joined forces to expand awareness of the concept, and hopefully, open a viable revenue-generating alternative for grounded musicians.

Veteran musician and AirGigs co-founder David Blacker acknowledges his brand’s recent volume uptick — “We’ve seen a big lift over the past few weeks” — but he’s not exactly thrilled with the broader reasons for it.

Still, Blacker told us that it’s nice to be offering musicians, producers, and other collaborators a viable outlet for creation. He’s also garnering a fair amount of gratitude from musicians who are stumbling upon his platform and using it to make money. “It’s been pretty heartwarming,” Blacker said.

Viral pandemics aside, there’s something to be said for remote freelancing services like AirGigs. Songwriting, mixing and mastering, vocals, guitar parts, drum tracks, and other song elements are little more than a click away, and bolstered demand means that there’s a solid opportunity for ‘musicpreneurs’ to stay active and receive paychecks. AirGigs is free to join, pretty easy to use, and entirely secure, all of which certainly hasn’t inhibited its growth amid the COVID-19 pandemic.

Joining AirGigs — as a customer or as an artist — is a pretty quick process, and the latter can optimize their profiles with pictures, work samples, and comprehensive descriptions, thereby emphasizing their unique strengths and capabilities. Plus, trustworthy reviews (only verified purchasers can leave feedback) and low seller fees (AirGigs draws just 10 percent of each transaction) are helping to drive value for both clients and professionals.

AirGigs has also been garnering some positive reviews from musicians — before and during this crisis. Two-time Grammy winner and bluegrass-fiddle mainstay Michael Cleveland records violin, acoustic guitar, banjo, and mandolin parts for AirGigs clients from his Charlestown, Indiana, home studio. “It still amazes me that somebody I’ve never met before can send me a file on Dropbox, I can add my part to it and send them a file back and it all lines up perfectly,” Cleveland said.

Grammy-winning mixing engineer Isha Erskine is also a regular. “I’ve been working with AirGigs for many years — it has been an awesome way to work with musical artists around the globe,” Erskine relayed. “AirGigs has increased my ability to earn income working from my own studio, and most importantly, work on some really great music.”

Blacker is resigned to the chaos of the current situation, though it’s likely that remote collaboration will continue to grow after the virus threat subsides. Heading into the crisis, the popularity of remote collaboration was growing in tandem with other ‘remote’ digital music spheres, including streaming and sync licensing. And if there’s any upside to this crisis, awareness of these alternatives will help artists better diversify their revenue streams in more normal periods.

Post-crisis, Blacker says he sees a broader potential for remote collaboration — including in areas like music education.

Plans for expanded educational opportunities are currently in development, given the conceivable perks of remote lessons and walkthroughs from top music professionals. AirGigs livestreaming events, wherein artists will receive 100 percent of viewer contributions, are also in the works. And for a limited time, to support its freelancers during the COVID-19 pandemic, AirGigs is tacking an extra two percent onto all $250 or larger earnings withdrawals.

Suddenly, AirGigs is a major part of the solution, simply by offering an isolation-friendly backend that facilitates revenue transfer and collaboration. That’s being accompanied by numerous other groups, entities, and individuals that are doing their part to see artists and employees through this dark episode. The Recording Academy and its charitable wing, MusiCares, Rihanna’s Clara Lionel Foundation, SACEM, Sony Corp., Amazon, and Spotify are among the growing music industry entities that have made multimillion-dollar contributions to the recovery effort. That’s being complemented by serious assistance from major governments, including the United States’ $2.2 trillion stimulus package.

As for what’s next, Blacker is mainly focused on trying to meet the demand from musicians and collaborators. Like many, Blacker is simply managing things day-to-day. “This whole thing could go in any direction, it’s such a fluid crisis,” Blacker said. For now, he seems happy to be helping out — while potentially building out a longer-term, diversified revenue option for artists.