Dr. Fauci Says Sports With No Audiences Can Return — This Doesn’t Bode Well For Music Festivals 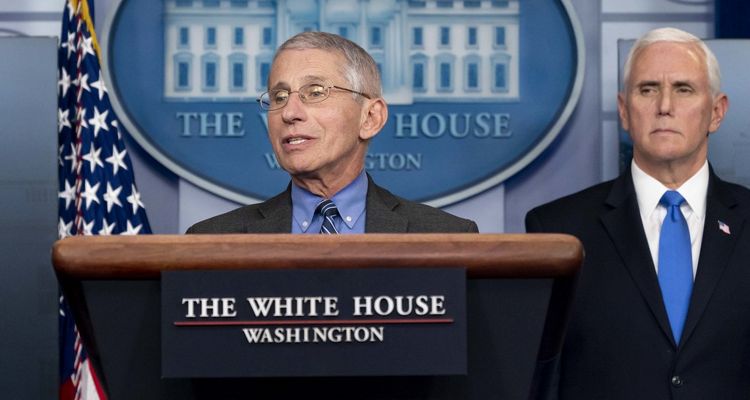 Dr. Fauci says sports may return this summer with no audiences and quarantined players. The implications for concerts and music festivals aren’t so good.

The long-time Director of the National Institute of Allergy and Infectious Diseases (NIAID) is part of President Trump’s coronavirus taskforce. He said a potential return of sports could be possible with precautions.

“There’s a way of doing that,” Dr. Fauci explains. “Nobody comes to the stadium. Put [the players] in big hotels, wherever you want to play, keep them very well surveilled. Have them tested every single week to make sure they don’t wind up infecting each other or their family and just let them play the season out.”

Essentially, Dr. Fauci says sports can return with quarantined players and no spectators. That doesn’t bode well for the return of live music concerts and festivals, where the social aspect is the most important part of the experience.

Sure, you can kick back with a beer and enjoy a game or a UFC match and feel satisfied after its conclusion. But you simply don’t get the same experience ‘attending’ a virtual concert in your living room.

President Trump is including several notable sports figures on his advisory panel. The goal is to determine how to jump-start an economy that is languishing due to COVID-19. Among the names on the list include the NBA, NFL, NHL, MLB, and PGA Tour commissioners. UFC president Dana White is also on the new advisory panel.

Some ideas that are being floated for the return of sports include designated arenas. Baseball could play out the season in Arizona or Florida – a similar bubble is being discussed for the NBA season. Dr. Fauci says he believes there’s enough buy-in from people to watch sports at home. But concerts and festivals? It could be 2021 before we see another Coachella, realistically.