Coachella Was Supposed to Start Today — Instead, YouTube and Organizers Have Released a Free Documentary 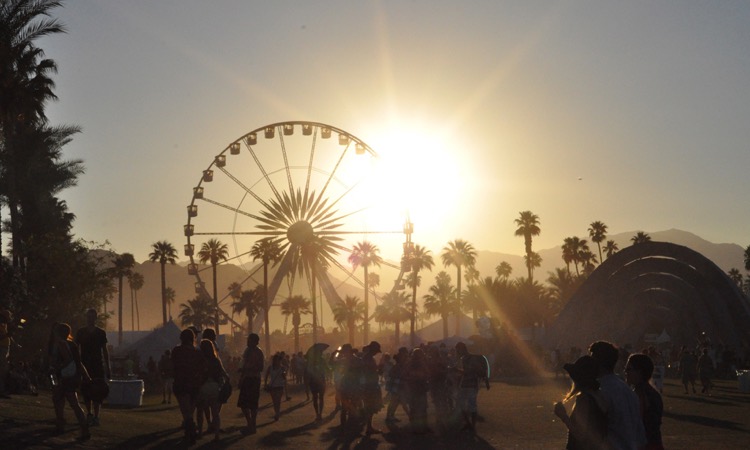 Until the coronavirus (COVID-19) forced a change of plans, Coachella was slated to begin today, April 10th. And to commemorate the occasion and keep fans entertained while they’re social distancing and self-quarantining, YouTube is releasing a documentary entitled Coachella: 20 Years in the Desert.

As its name suggests, the film will explore and highlight the rich history and memorable moments from Coachella’s first two decades; the festival debuted on the music scene in 1999 and has been booked annually since 2001. Fans are encouraged to post about the movie on social media using the #Couchella label.

Chris Perkel, who is best known for directing 2017’s Clive Davis: The Soundtrack of Our Lives, produced and directed 20 Years in the Desert. The film spans about an hour and forty-five minutes, and fans can view the work for free (with ads) on Coachella’s YouTube page. Alternatively, YouTube Premium subscribers can enjoy the movie without adverts.

Coachella: 20 Years in the Desert features interviews and archival performance footage from the likes of Billie Eilish, Kanye West, the White Stripes, and others.

Exactly one month ago, on March 10th, organizers postponed Coachella and Stagecoach until October due to the coronavirus crisis. The news came as something of a relief to fans, as numerous concerts and music festivals, including Ultra Miami, Governors Ball, and Glastonbury, have been cancelled outright. Bonnaroo, for its part, has been pushed back to September.

Government officials in America and throughout the world are uncertain when their economies will reopen—and, in turn, when live events will once again take place.

Earlier this week, Disney exec Bob Iger floated the idea of taking guests’ temperatures before they enter his company’s world-famous theme parks, prior to the coronavirus subsiding entirely. In coordination with enhanced COVID-19 testing, this plan may prove useful to concert promoters and artists as they seek to resume live performances.

Additionally, experts believe that antibody tests, which will become available in the next week or so, could play a major part in determining when—and how—to reopen the economy.