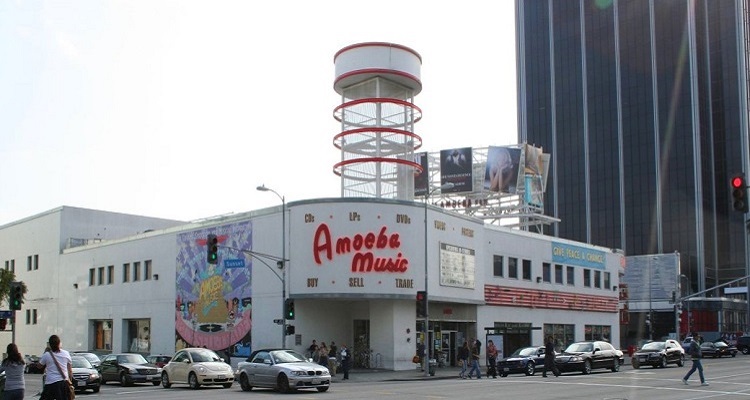 Music fans and loyal customers have contributed over $160,000 and counting to the GoFundMe campaign started by Amoeba Music earlier this week.

This impressive early showing of financial support has resulted from the contributions of approximately 3,700 individuals – multiple celebrities and noteworthy figures among them. Chris Rock’s $5,000 pledge is currently the largest that Amoeba’s GoFundMe page has received. Plus, Insidious and Saw writer Leigh Whannell has backed Amoeba with a $1,000 payment, while Portlandia star Fred Armisen has contributed $200.

Many donors – some who have given large sums and others who have provided modest assistance – have chosen to remain anonymous.

On Tuesday, Digital Music News was first to report that Amoeba co-founder Marc Weinstein had launched a GoFundMe campaign in a desperate bid to keep his decades-old record store chain alive. Besides having to grapple with the financial impact of the coronavirus (COVID-19) crisis, Amoeba is in the process of relocating its Hollywood store; some of the GoFundMe aid will be used to help cover the move’s costs.

In a recent interview with The Los Angeles Times, Amoeba co-owner Jim Henderson indicated that his brand’s new Hollywood location will begin construction sometime during the next week. This development, along with a seemingly steady stream of fan contributions via GoFundMe, seems to bode well for Amoeba’s future.

Amoeba’s GoFundMe fundraising uptick has been accompanied by an outpouring of support on social media.

“Finding out that Amoeba Music might close because of the pandemic has got me real sad. Amoeba is an essential part of Los Angeles. :((,” tweeted another individual.

At the time of this writing, Amoeba higher-ups hadn’t yet addressed fans’ considerable assistance via a public statement or GoFundMe page update. However, a message is likely forthcoming.