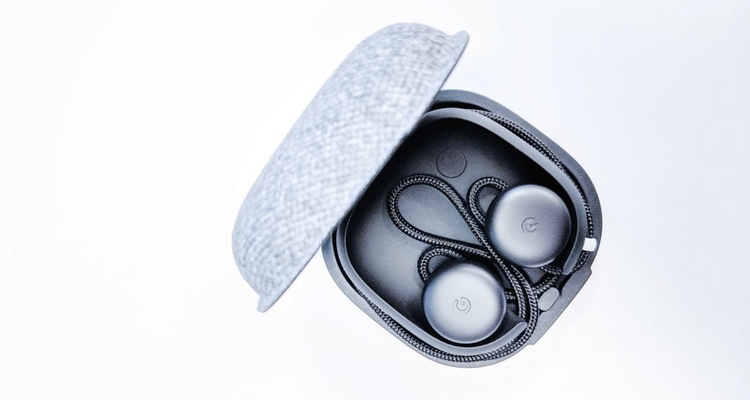 The original Pixel Buds (pictured) featured an unseemly wire connecting the two earbuds. In an era when truly wireless earbuds are the new norm, they felt positively ancient. Google’s second attempt at wireless earbuds feels more like a competitor.

The 2nd-gen buds are truly wireless, have improved sound quality, and offer hands-free Google Assistant voice controls. The design takes a page out of the AirPods book with a charging pod that houses the buds when not in use. Google aims to re-create the ease-of-pairing that iPhone users get with AirPods – Pixel Buds pair easily to Android 10 devices.

But the buds feature a soft silicone stabilizing arc that some reviewers say causes soreness. The new case supports wireless charging and has enough juice for 24 hours of battery life. Unfortunately, the battery life on the buds is rather short.

The Pixel Buds do not have active noise cancellation, which may be a dealbreaker.

Google says the Pixel Buds feature custom-designed 12mm drivers. Early reviewers say the new earbuds sound nice, but don’t expect them to blow you away. Bass is particularly weak because of the vent that prevents the earbuds from getting a full seal. That’s also consequently why the earbuds don’t feature ANC. Google also offers no EQ customization in the app.

“We’ve opted for simplicity in the user experience and the device options,” was a Google spokesperson’s response. Google further says that the Pixel Buds are tuned to give an optimal and more balanced sound performance. The goal is to create a great listening experience across the “broadest spectrum of music genres.”