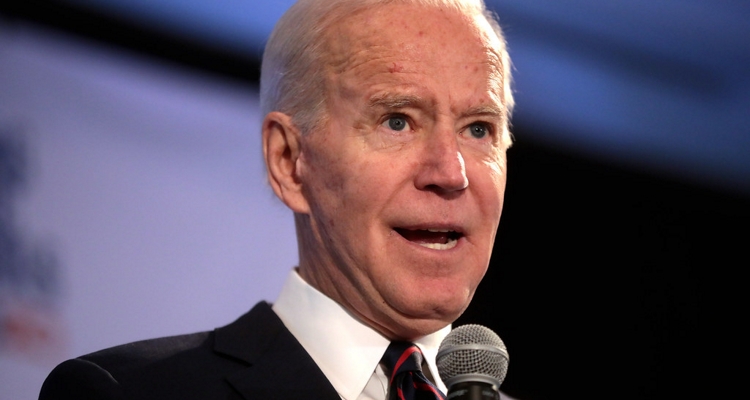 Joe Biden’s campaign has used Justin Timberlake’s “Cry Me a River” in a campaign ad.

The anti-Trump ad attacks Donald Trump’s response to the COVID-19 pandemic. “Over 1 million cases of COVID-19. Almost 70,000 dead. What is upsetting President Trump? Tough questions from the press,” reads a post including the video. “Cry me a river, Mr. President.”

The soundtrack of the Joe Biden ad is Justin Timberlake’s 2002 hit, “Cry Me A River.” Biden must have licensed the song for it to appear in a campaign ad. This isn’t like Trump’s rally song use, where artists really can’t control what’s played. Timberlake himself is a Democrat supporter. In 2016, he hosted a fundraiser for Hillary Clinton in Los Angeles. He also took direct aim at President Trump in his 2018 music video, “Supplies.”

Timberlake’s “Cry Me a River” plays in the background as Trump refuses responsibility. It’s a stark look at what we’re in for for the next six months.

Over 1 million cases of COVID-19. Almost 70,000 dead. What is upsetting President Trump? Tough questions from the press. Cry me a river, Mr. President.

Today a global alliance of world leaders pledged $8 billion to help fight COVID-19. The list of donors did not include the United States, which refused to participate. Some countries participating in the funding drive include the U.K., France, Germany, Italy, Canada, Japan, Norway, and Saudi Arabia. Trump’s administration refused to go into detail about why the U.S. was absent from the meeting.

The drive is a response to the World Health Organization’s call for global collaboration. The organization issued the call after President Trump announced he would suspend payments to the WHO for 60 to 90 days.

Trump cites China’s influence over the WHO as justification for the suspension of payments. Trump also did not attend the G20 session on COVID-19 in late April because the WHO hosted it.