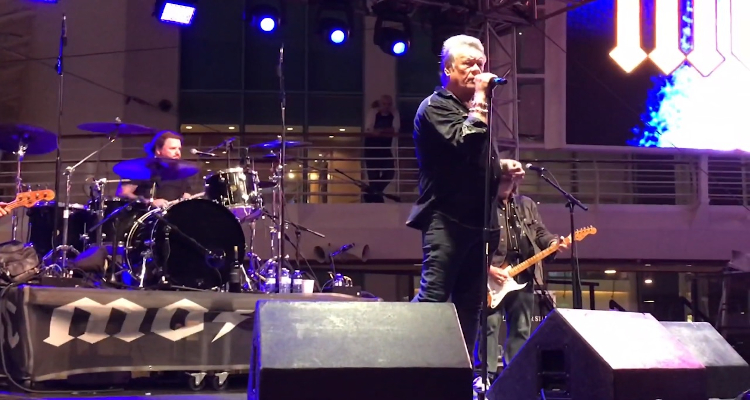 Bad Company frontman Brian Howe has passed away from cardiac arrest. He was 66 years old.

Though Howe’s family and representatives have yet to release an official statement on his passing, early reports suggest that he perished while en route to a hospital near his Florida home. Howe had a history of heart issues, and he suffered a heart attack in 2017.

On social media, many fans, celebrities, and music industry mainstays are offering kind words and celebrating the Portsmouth native’s storied career and life.

One fan tweeted: “With a sad heart, I just learned that former Bad Company lead singer Brian Howe has passed away.”

Lastly, The Moody Blues songwriter, bassist, and vocalist John Lodge said: “Sad day today…Brian Howe passed away. a great rock singer. I was so pleased that he joined me on my 10,000 Light Years Ago album. This Friday we were both going to be involved with ‘We have your back’ on social media….”

Having debuted on the stateside music scene with Ted Nugent in Penetrator, Howe would go on to replace Paul Rodgers as the lead vocalist in Bad Company. The group achieved noteworthy success during the “Howe era,” including with 1990’s Holy Water album, which sold well over one million copies.

After leaving Bad Company in 1994, Howe pursued a solo career, which was successful in its own right. His most recent single, “Hot Tin Roof,” was released in 2017 and received a generally positive reception from fans and critics.