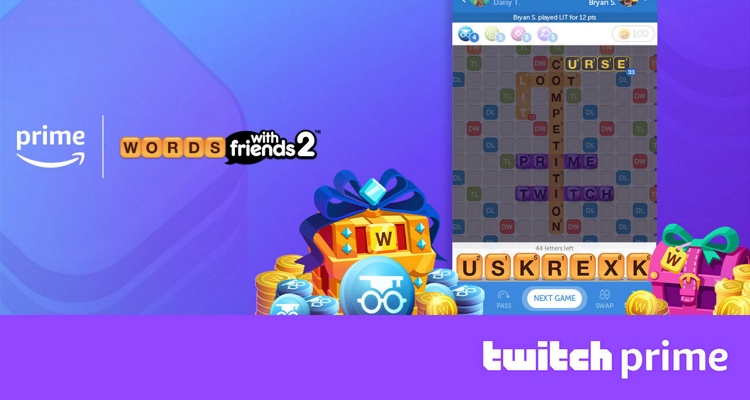 Zynga is teaming up with Garth Brooks and Amazon to promote Words with Friends 2.

Garth Brooks is an avid Words with Friends player, often tweeting or writing about the game. Now he’ll be teaming up with Zynga and Amazon Prime to promote Words With Friends 2.

Amazon Prime members get free mobile game content, including mystery boxes and exclusive tile styles. Players who want to participate in the event can click the banner in-game to sign in with their Amazon accounts to claim rewards.

Brooks designed a custom tile style and hosted several giveaways. The country singer also took part in a fireside chat at Zynga’s headquarters. “I believe games like Words with Friends have the potential to connect people all over the world,” Brooks says. “I hope this initiative will help more people foster important relationships in their lives.”

Words with Friends 2 is now available on iOS and Android. Brooks has participated in several promotions with Zynga to promote the game in the past. Last year in November, Brooks designed a vinyl tile style for the game. That promotion also included a chance to win a 7-disc vinyl box set of Brooks’ albums.

Last year, Garth Brooks won Entertainer of the Year at the CMA Awards for the seventh time. He is the only artist to receive seven Diamond awards for seven albums, with each surpassing 10 million sales.