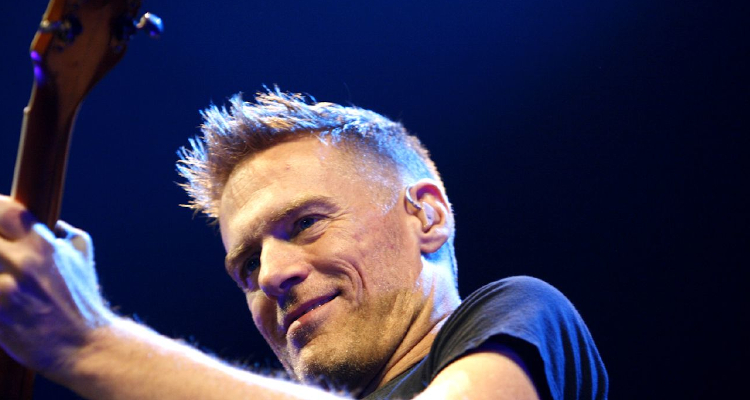 Adams published the corresponding message on Instagram yesterday, and at the time of this piece’s writing, it was still live on the platform.

Accompanied by a clip of the 60-year-old performing an acoustic version of his 1983 hit “Cuts Like a Knife,” the post took aim at “some f—king bat eating, wet market animal selling, virus making greedy bastards” for their part in putting the “the whole world” on hold, besides causing many to suffer or die “from this virus.”

“My message to them other than ‘thanks a f—king lot’ is go vegan,” Adams wrote.

The Ontario native closed his Instagram post by noting that he misses his bandmates, crew members, and fans, before stating that he will film and upload a “snippet from each album” that he was previously set to perform at a cluster of Royal Albert Hall gigs beginning today.

A couple hours back, Bryan Adams uploaded a second performance clip, featuring a rendition of “Into the Fire.”

In the message’s text section, he addressed the pushback against yesterday’s post: “Apologies to any and all that took offence to my posting yesterday. No excuse, I just wanted to have a rant about the horrible animal cruelty in these wet-markets being the possible source of the virus, and promote veganism.”

Not everyone was satisfied with Adams’s response. “Hey we are all missing our lives currently. But right now the world doesn’t need your racist views and options [sic],” wrote one Instagram user.

Another individual commented, “As far as apologies go, that was one of the weakest ones I have ever seen.”

To date, medical professionals have diagnosed over 4.3 million worldwide COVID-19 cases, though the total number of infections is thought to be much greater. Over 290,000 have perished as a result of the disease’s complications.