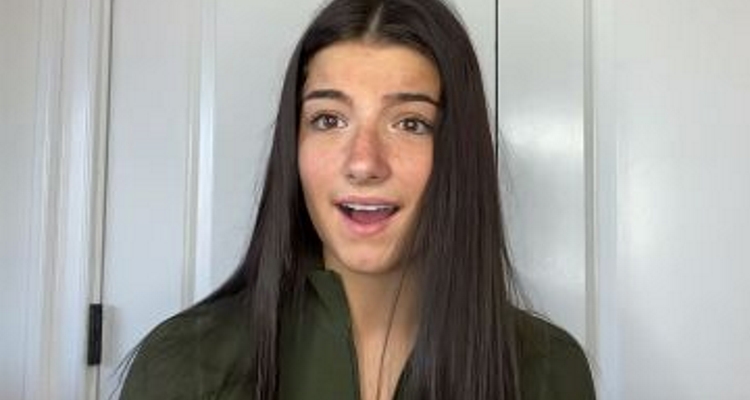 D’Amelio is a rising star on TikTok, which of course, spills into other social media accounts. She’s amassed around 18.3 million followers on Instagram, which briefly went offline over the weekend. Her mother, Heidi, reveals that her daughter ‘accidentally’ deleted the account. She says she woke up to Charli in a state of laughing and crying.

“4:00 AM: I hear crying/laughing that woke me up. It’s Charli D’Amelio reacting to accidentally deleting her own Instagram account. Love you, CharChar,” her mom wrote on Instagram.”

“I am not the brightest :|,” Charli D’Amelio shared with her 1.8 million followers on Twitter.

Exactly how this happened is unclear.  It’s difficult to delete an account — you have to ignore a lot of warnings — so this was either a publicity stunt or the result of being really checked out.  Either way, by Monday morning, D’Amelio’s account was fully restored with all followers intact. The deletion didn’t last long, and even if it was ‘accidental,’ it proves nothing is truly gone.

Instagram was able to recover the account within 48 hours and restored it to its original state. That means any individual tweets, grams, or status updates aren’t really deleted if you decide you don’t like them later. This kind of data preservation has severe ramifications in the future.

An entire generation has now grown up with easy access to online sites like Facebook, Twitter, Instagram. Those online profiles are now easily harvestable and often result in job loss when prospective interviewers stumble upon an interviewee’s online presence. In 2018, a woman lost her job for a series of tweets.

Case in point: an ill-advised Twitter-blast from a promising NASA intern. “EVERYONE SHUT THE FUCK UP, I GOT ACCEPTED FOR A NASA INTERNSHIP,” her initial tweet reads. Homer Hickam, member of the National Space Council, chided her with a simple reply: “Language.”

“Suck my dick and balls I’m working at NASA,” the (now fired) engineer replied. Though those tweets are long since deleted by the parties involved, you can bet they’re still somewhere on Twitter’s server.