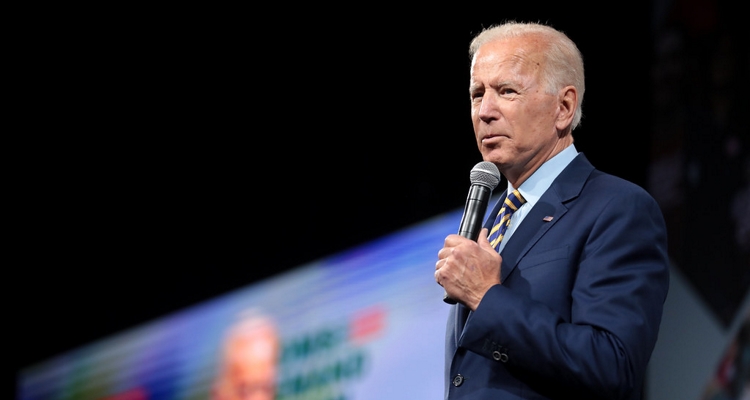 Ahead of the high-stakes November election in America, John Legend and Barbra Streisand are rallying support for Joe Biden with a virtual fundraiser.

The virtual event is happening on June 11th, according to the invite. The event will help raise money for the Biden Victory Fund, a joint committee between the Biden campaign and the Democratic National Committee. Tickets to the virtual event start at $2,800 per person. Those who donate over $100,000 are listed as hosts for the event.

Other high-profile musicians are also rallying around Biden. Another fundraiser for Joe Biden is happening tonight (Thursday, May 28th) with Jimmy Buffet, Sheryl Crow, David Crosby, and more.

Whoopi Goldberg is co-hosting the Thursday event alongside Illinois Senator Tammy Duckworth. Tickets to that event are much cheaper – starting at just $250 per person. Those who donate $100,000 or more to this event will also be listed as co-hosts.

Joe Biden has another fundraising event on June 9th with California Senator Kamala Harris and California’s lieutenant governor, Eleni Kounalakis. These fundraising events are some of the last before the campaign kicks into high gear before November. Fundraising between Democrats and Republicans continues to be neck-and-neck.

The event, “A Fabulous Evening With Vice President Joe Biden” will also feature other special guests.

Those have not been announced yet. The event will be held at 8 pm EST / 5 pm PST on June 11th. The private event will not be broadcast, and all attendees will be provided all details 24 hours before the event beginning.

Meanwhile, both the Biden and Trump campaigns are rapidly ramping up fundraising activity. The New York Times reports that both campaigns raised over $60 million in funding for April. Trump slightly edged out Democratic fundraising, with $61.7 million raised in April.